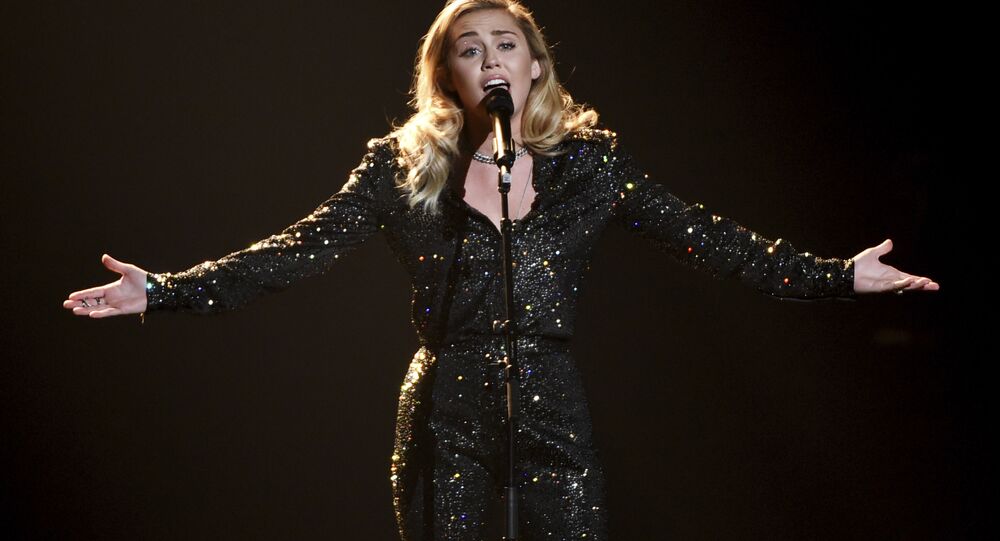 Nearly three weeks ago, singer Miley Cyrus shared that she was taking a break from singing, as she was hospitalised for one day to undergo surgery for tonsillitis.

Singer and songwriter Miley Cyrus is recovering after undergoing vocal cord surgery, according to PEOPLE.

On 8 November, Cyrus’s boyfriend Cody Simpson appeared to make a reference to the surgery, as he shared a black-and-white photo of the pair with the caption “success”.

The “Mother’s Daughter” singer has already been discharged from hospital, sources are said to have confirmed.

In late October, Cyrus, 26, revealed via an Instagram Story that she had taken a hiatus from singing, writing, “On vocal rest not body”.

The singer was reportedly hospitalised for one day for tonsillitis surgery.

​According to sources, the singer was told at the time she would need to have surgery for a separate issue with her vocal cords, which she had unknowingly had for years, and that the recovery process would include several weeks of silence.

As a result of the issue, Cyrus, who had been working on new music, was forced to put recording and performing on hold.

A source close to the singer told PEOPLE she is “doing great and will be back and better than ever early next year.”

Social media fans were quick to offer their sympathy and wishes for a speedy recovery.

@mileycyrus. get well soon. we love n miss u sm !

I knew it! Her voice has never been the same since bangerz era

Hope it doesn’t change her voice too much... I like the gravelly sound... take care and prayers for quick healing.

sending her good vibes, can’t wait for her return to the stage!

Some netizens were dubious, and thought there might be other reasons for the ‘silence’.

This is the worst excuse for rehab ever

Others criticised the singer’s vocals and singing technique.

Her vocals are terrible anyway. Too much strain to put out a less than subpar sound.

She’s been straining her vocal cords with this hard rock phase.

Our prayers have been answered!

“Will require weeks of silence” pic.twitter.com/vqgPU95ITH

Screamer era vocalists have no technique. They all have nodes or cysts or tears because they don’t know how without killing their cords. Microsurgery can only do so much...

Silver lining for the social media. Hopefully she heals without posting every second of it

Miley and Cody 'On the Same Page'

Miley Cyrus  released her latest EP "She Is Coming" in June, the first of three six-song EPs the singer said would assemble a full LP titled "She Is Miley Cyrus".

While Miley Cyrus is taking a break from her vocals, Cody Simpson released a new song last month titled “Golden Thing,” which apparently is inspired by Cyrus.

© AP Photo / Evan Agostini/Invision
Miley Cyrus Crowned ‘Queen of Nipples’ as She Pushes Instagram Rules to Edge With Selfie
The Australian singer, 22, who has been by Cyrus’ side throughout her recovery process, recently revealed that the pair, who have been friends for years, came together over their shared sobriety.

“We keep each other in a good place. That’s what’s really healthy about it and I think that’s the first time I’ve had that in a relationship. We’re very, very much on the same page," Simpson said on The Kyle and Jackie O Show last month.