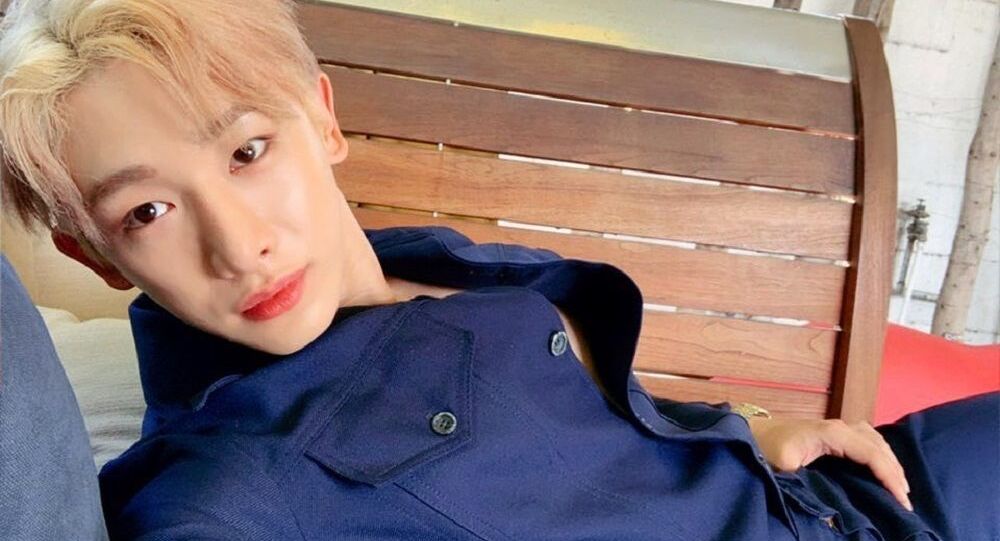 South Korean company Starship Entertainment recently announced that Wonho, the main vocalist of the band MONSTA X, would be permanently leaving the group in the wake of a scandal sparked by an awkward exchange of jokes related to the “MeToo” movement.

Social media support for Wonho and K-pop boy band Monsta X is gaining momentum, a week after the announcement of the lead vocalist’s departure.

As the hashtag #LoveUWonho trends on Twitter, the devoted army of the group’s fans, known as Monbebe, meaning "my baby" in French, is sending out messages of hope for Wonho's return.

I believe that together we can make a difference and bring wonho back. Great things take time! Never give up@OfficialMonstaX#LoveUWonho
#우리_항상_네_곁에_있을게요 pic.twitter.com/g7QUuSy8vf

Together, let's work together until our baby comes back #LoveUWonho#우리_항상_네_곁에_있을게요@OfficialMonstaX

​One fan, Isabel Sun, started an online petition for Wonho's return on the website Change.org, which has received more than 441,000 signatures.

Starship: Keep a member of Monsta X - Sign the Petition! https://t.co/59kk210p1z via @Change@OFFICIALMONSTAX

We will never give up on you, we will be by your side through all the rough times just please come back to us #LoveUWonho pic.twitter.com/ehkfkuGl4h

​Others fans of the band have directly addressed Starship Entertainment, the management company of Monsta X, to reinstate Wonho.

To those who tell us to give up:

If there is a silver of hope we will take it for our boys & make history.#LoveUWonho pic.twitter.com/NkXdVJ5zJh

Tonight i had a dream, that starship published an official statement, that Wonho will come back after this week's promo... But then i woke up...
I want it to become a reality as soon as possible...#LoveUWonho@OfficialMonstaX pic.twitter.com/gmjNv3Y5xY

​As Monsta X have been nominated for the top spot on the popular Korean music television show Music Bank, many fans have been encouraging each other to keep streaming the band’s music.

Monsta X is nominated for first place on Music Bank today! 65% of the criteria is based on digital sales, so please continue to stream Follow on music sites as much as possible since this is where we struggle!#LoveUWonho

Come on Monbebe! Let’s give them a clean run with these promotions. We can do it!!!

​Starship has not responded officially to the fans’ pleas.

Korean boy band MONSTA X was recently embroiled in a scandal when two members, Monsta X Minhyuk and Wonho, made a poorly-received joke during a speech at a fan signing event on 9 March.

A video of the incident spread on Twitter on 25 October, just before the group’s scheduled comeback with their new mini album “Follow: Find You”.

The footage shows Minhyuk putting his mic on Wonho's chest and saying in Korean, "Mr. Nipple, please say something" while Wonho puts his hand up and shouts in English, "Me too".

​The video generated a storm among Korean fans, according to local media reports, with the boys criticised for having mocked the MeToo movement.

Most international fans, however, rushed to Twitter to support the musicians, insisting the situation was taken out of context.

Nevertheless, the South Korean company Starship Entertainment issued an official statement that the main vocalist Wonho, who has been with the band since its formation during the reality survival programme No.Mercy in 2015, would be permanently leaving the group, which would now feature only six members.