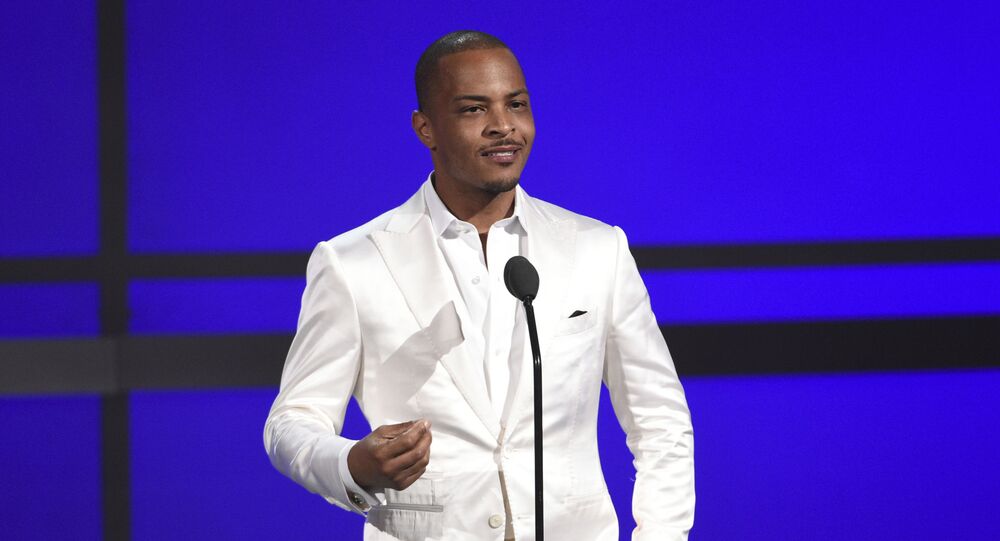 American rapper and actor T.I. set social media ablaze this week after he said in a podcast interview that he regularly takes his 18-year-old daughter to a gynaecologist in order to check the condition of her hymen, which some claim is an indicator of virginity.

18-year-old Deyjah Harris took to Twitter to address the social media backlash that her father, rapper T.I., experienced this week following his revelation that he takes his daughter to a gynaecologist annually in order to “check her hymen” and whether it is still intact.

Thus, T.I., born Clifford Joseph Harris Jr, said during a Ladies Like Us podcast with Nazanin Mandi and Nadia Moham that not only has he already discussed sex with his eldest daughter Deyjah Harris, but he has also been taking her to a gynaecologist since she was 16 in order to check her hymen.

The comments set social media on fire, as many found his actions not simply “disgusting” and “creepy” but also controlling and representing “patriarchal abuse”.

Is he going to demand her bloody sheets after the wedding night as proof of her virginity?

Following a wave of messages and comments that were supportive of her but denounced her father’s behaviour, Deyjah responded with “i loveeeeeee yalllllll”.

While not directly commenting on the issue, it seems that Deyjah was also not entirely happy about her annual trips to a gynaecologist together with her father, as she also liked some of the tweets that criticised T.I.’s actions, calling him “possessive” and “controlling”.

That is just beyond possessive

this is disgusting, possessive and controlling *whew*

© AP Photo / Paul R. Giunta
Rapper T.I. Gets Blasted After Revealing He Takes 18-Year-Old Daughter For Regular ‘Hymen’ Checks
Many doctors and scientists now argue that a woman’s hymen is not necessarily an indicator of virginity and can be broken in many ways, apart from sexual intercourse, including cycling or horse riding. The practice of verifying virginity by examining the hymen was condemned by several United Nations agencies back in 2018, calling it “humiliating” and “traumatic”. However, T.I. did not seem to agree with this view, as he said during the podcast that he did not think that his daughter would break her hymen any other way apart from sexual intercourse, also saying that he demanded the gynaecology results “expeditiously”.
...
Reddit
Google+
Blogger
Pinterest
StumbleUpon
Telegram
WhatsApp
10
Tags:
rapper, virginity, United States
Community standardsDiscussion