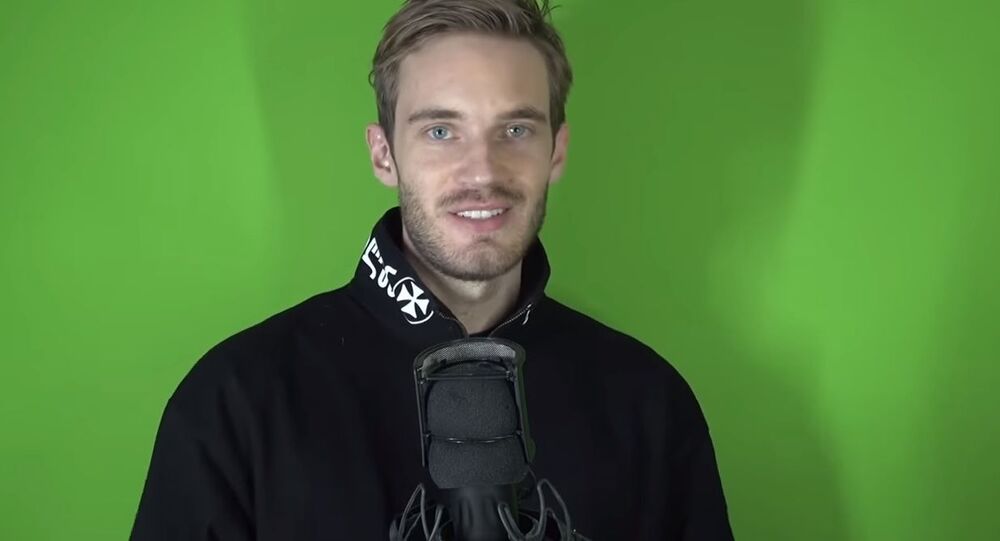 The YouTube king from Sweden, who has amassed over 102 million subscribers, has had to fend off accusations of white supremacist sympathies and hate propaganda on several occasions. One of the biggest scandals came after the Christchurch shooter called on viewers of his livestream to subscribe to PewDiePie.

Number one YouTuber PewDiePie, whose real name is Felix Kjellberg, has dropped his usually goofy tone in order to make a kind of documentary in which he decried the twisting of the initial meanings of memes and “giving them” to white supremacists on a plate. In his denouncement, the vlogger accused the so-called outrage culture of assisting the white supremacists.

“There is a clear culture around getting upset. It’s false virtue rewarded with likes. We’re basically training ourselves to act like this”, he noted in the video.

Following an introduction, in which he gave a brief history on how Pepe the Frog and the OK hand gesture were added to a hate list, Pewds urged to “stop making it so easy” for those spreading hate.

“Even if the okay symbol used to mean ‘okay’, these things change. The validity of its changed meaning is pointed towards white supremacists now actually using it – but of course they’re going to use it. Unlike other hate symbols, this was given to them”, the blogger argued in his clip.

According to him, the problem is not that white supremacists are using certain symbols, but rather it is the backlash validating the appropriation. In his view, there are some people who like demonising others and there are those who like trolling – and they both get exactly what they want from each other, while normal people get caught in between.

He also proposed a way to put an end to the injustice against formerly beloved memes and symbols: stop “getting upset” at the “okay” symbol, for example. However, he could not help himself and added a bit of trolling to the video, showing a thumbs-up with a comment “Oh no, a thumb of one race!”

The uber-popular YouTuber with over 102 million subscribers has been embroiled in several controversies on his way to reach the Olympus of social media. One of the biggest scandals erupted in the wake of the Christchurch massacre, when the gunman, who livestreamed the attack on Facebook via a GoPro camera, minutes before opening fire referred to the popular "subscribe to PewDiePie" meme, which was being used during Pewds’ showdown with T-Series.

Eventually, a petition was created on Change.org calling to ban Pewds over his “normalising white supremacy", with the campaign gaining significant traction after over 70,000 people submitted their signatures. According to the petition, the blogger should be removed from the platform for several reasons, including the YouTuber's alleged use of racial slurs, hiring people to say the N-word, alleged rape jokes, and making a Nazi salute.

Pewds has shrugged off the accusations, although admitted that he has "stepped too far" at times, as was the case when he paid Indian men on the freelance website Fiverr to hold signs that read "death to all Jews" just to see how far they would go for money.

Not His Thing: PewDiePie Explains His Attitude to Politics, Donald Trump