An Islamic upbringing is only one of a set of demands put forth by a settlement between the Malaysian monarch and his Russian model ex-wife. It appears the settlement was rejected as it also included a non-disclosure clause.

Malaysian Sultan Muhammad V of Kelantan, former ruler of Malaysia who abdicated the throne early this year, demanded that his son by his former wife be raised a Sunni Muslim, but never contact him, if the mother wants to get a $250,000 trust fund, The Daily Mail reported Thursday, without disclosing sources.

The demand appears to be a part of a set of what the Mail calls “draconian” preconditions set forth as a settlement agreement between the monarch and his former wife - the Russian national and former Miss Moscow, Okasana Voevodina.

The report comes in the wake of earlier information that cited an unnamed palace source who claimed that Sultan Muhammad denied paternity and said the boy could be the son of “any Asian man.”

The purported trust fund would make monthly payments of some $1,500 to the child, increasing payments as the boy gets older. The sultan allegedly also proposed an additional $100,000 agreement in ten monthly payments to Voevodina.

According to the Mail, the settlement agreement not only demands that the child be raised Sunni Muslim – which includes attending all required rituals – but that the boy or his mother never contact the sultan and demands that Voevodina delete all her social media accounts, which have aggregated over a half a million followers, and delete all her pictures of the sultan.

On top of that, the alleged agreement imposes a strict non-disclosure demand, which, if violated, cuts Voevodina off from the money. According to reports, the insistence of a non-disclosure clause was not successful.

“Oksana is understood to have rejected the deal,” the Mail report says.

The proposed trust fund comes nowhere close to what the former beauty queen reportedly seeks from her royal ex-spouse. If the Mail report is to be believed, Voevodina originally wanted a settlement of some £20 million, as well as a Spanish villa.

More recently, she altered her demands to $31,000 in monthly child support and a $10 million London apartment. More immediately, she seeks a $1.5 million apartment in Moscow.

Following his alleged marriage to Russian beauty queen Oksana Voevodina, Sultan Muhammad V has abdicated the throne earlier this month, and now he is reportedly set for a divorce.https://t.co/mXqH5CxJ8d pic.twitter.com/ju6CKa51Ht

​Voevodina says her son has royal blood and his father must provide appropriately. She reportedly vowed to go to a Moscow court to perform a DNA check to prove that Sultan Muhammad is the father, the report says. 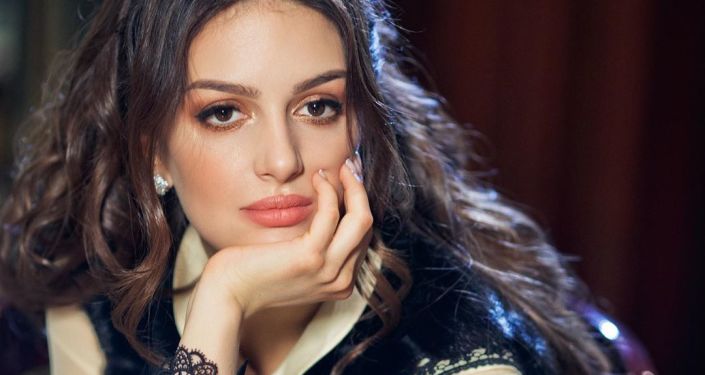 The sultan and the Russian beauty queen married last summer, but before the New Year their relations had soured, earlier reports said. In January, the sultan abdicated the throne of Malaysia in an unprecedented move, and later this year left his wife using the harshest divorce ritual in Islam – by uttering “talak” three times – which is considered irreversible. ​According to earlier reports the marriage was doomed to fail from the beginning as the sultan wanted to keep the pairing a secret, but Voevodina sought to make it public.