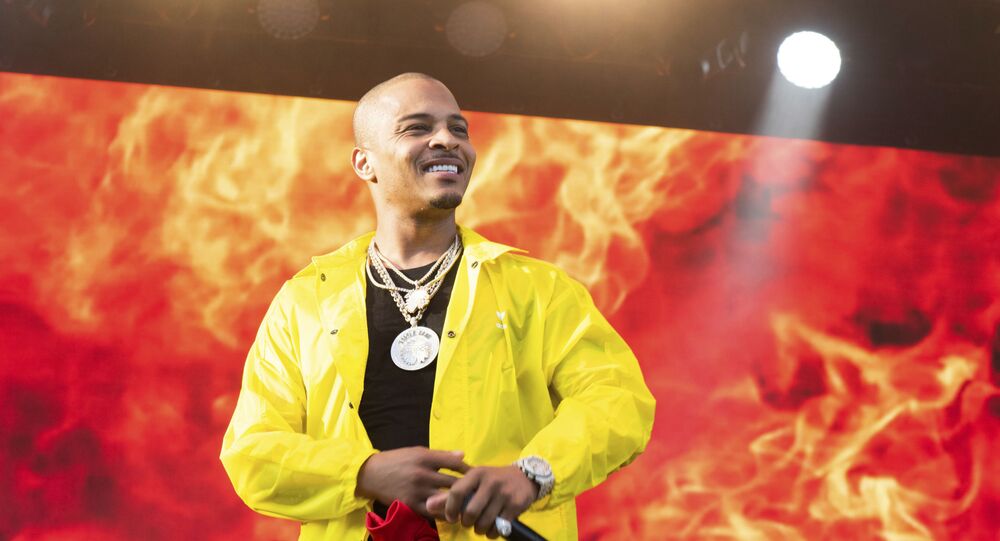 Many doctors now claim that a woman’s hymen is not necessarily an indicator of virginity and can be broken by many ways apart from sexual intercourse. This idea, however, is not supported by US rapper T.I. who just set social media ablaze by revealing that he has been taking his daughter to the doctor annually to check the condition of her hymen.

American rapper and actor Clifford Joseph Harris Jr., also known to the public as T.I., got an enormous responce on social media this week – largely negative – after he revealed in a podcast interview that he takes his 18-year-old daughter to the gynecologist annually in order to “check her hymen” and whether it is still intact.

The comments were made during a Ladies Like Us podcast with Nazanin Mandi and Nadia Moham who raised questions about the rapper’s parenting style and his attitude towards discussing sex with his children. The father-of-six said that not only had he already discussed sex with his eldest daughter Deyjah Harris, who is now 18 years old, but that he also regularly takes her to the gynecologist in order to check her hymen, which many see as a symbol of innocence.

“Deyjah’s 18, just graduated high school now and she’s attending her first year of college, figuring it out for herself”, T.I. said in a podcast. “Not only have we had the conversation — we have yearly trips to the gynecologist to check her hymen. Yes, I go with her”.

“I will say, as of her 18th birthday, her hymen is still intact”, rapper added.

During the podcast T.I. also revealed that he took his daughter to the doctor straight after her 16th birthday, where she had to sign papers that allowed the gynecologist to share information with the rapper. Although the doctor also notified T.I. that it was possible for the hymen to break from other ways apart from sex, including cycling or other physical activity, the musician remained steadfast that his daughter did not ride horses or bikes and therefore her hymen should be intact.

“Just check the hymen, please, and give me back my results expeditiously”, T.I. reportedly said to the doctor.

The rapper’s fans were devastated to hear such a revelation, with many social media users arguing that the musician was not only violating his daughter’s privacy but also psychologically abusing her via these regular checkups.

asking a doctor to check your daughter to see if she has been having sex is humiliating & sick af.

& you can’t even always tell by a broken hymen. you can break your hymen by hurting yourself on a bike seat.

He said she doesn't do any sports or horse/bike riding. It makes me think he made sure she never did any of those things just to ensure her hymen stays intact.
This is disgusting.

This is child abuse. Disgusting

Also, she is an adult. This is a new level of wrong.

Many also pointed out that a woman’s hymen was not an indicator of virginity and that the rapper’s actions were an immoral way of trying to control women and patriarchal abuse.

Is he going to demand her bloody sheets after the wedding night as proof of her virginity?

The hymen is no virginity indicator, 50% of sexually active teens do not have a disrupted hymen. The hymen is often very flexible. 6/12

The rapper, who rose to fame in the early 2000s by popularising hip hop and trap music culture, has not responded to the social media clamour yet.