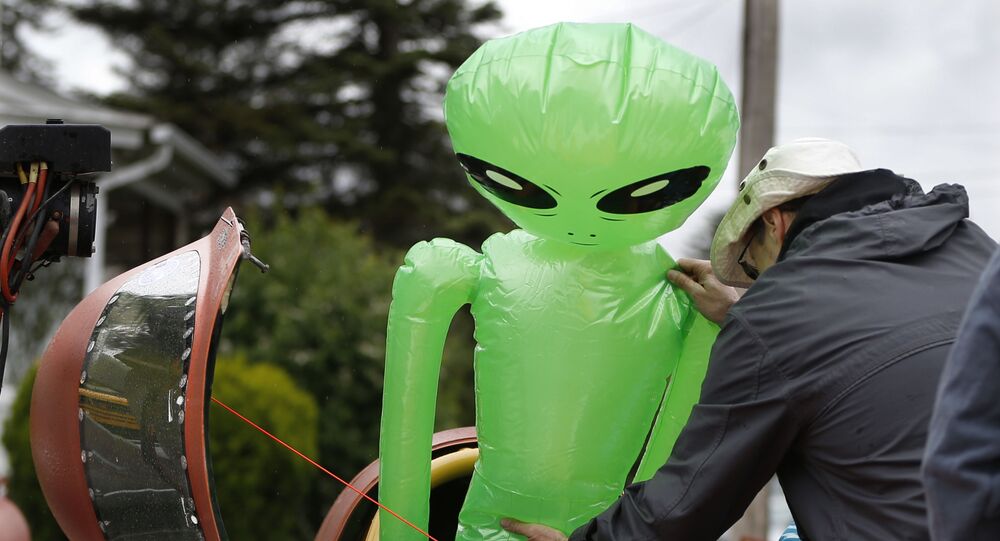 Were They Aliens? Conspiracy Channel Sparks Debate Over Mysterious Clip From Turkey

UFO enthusiasts wowed fellow alien hunters after they stabilised an enigmatic video that was filmed in Turkey more than a decade ago. A night guard there spotted shining crescent-shaped objects in the dark sky, but the footage is said to have been too shaky to see any details.

The YouTube channel Unidentified Aerial Phenomena, dedicated to mysterious objects seen in the sky all over the world, has used a powerful stabilisation tool to make objects captured in a 2008 video of an alleged UFO more visible and clear.

The authenticity of the video cannot be confirmed. Several other attempts to improve the clip in the hope of getting closer to answering the question whether it was aliens or just a military drone have reportedly failed, but the new version, edited with the program Adobe Premiere, has given UFO hunters new hope. The images of the green dots at the centre of the bright object, made visible by the stabilised clip, seem to resemble the typical way in which aliens are depicted – as green creatures with disproportionally big heads.

Commenters praised the channel for treating them to the old footage in better quality and seemed quite sure that this might have been a genuine encounter with extraterrestrial lifeforms.

“You are genuinely, 100% without a shadow of a doubt looking at genuine extraterrestrial beings in this video. This footage has stood the test of time, it has never been debunked and with good reason, this is real footage and those are real greys”, one of the commenters noted.

The original video has been circulating online for more than a decade, since Turkish guard Yalcin Yalman spotted the strange light show in the night sky over the Marmara Sea, close to a resort village.

© Photo : Pixabay
UFO Allegedly Caught on Camera Over Turkey (VIDEO)
Although some claimed that the video was authentic and that others had witnessed the same crescent-shaped objects when it was initially shot, its quality and definition left much to be desired. For example, one could not zoom in on the clip without making it blurry, which raised doubts about claims that these might actually have been visitors from outer space.
...
Reddit
Google+
Blogger
Pinterest
StumbleUpon
Telegram
WhatsApp
11