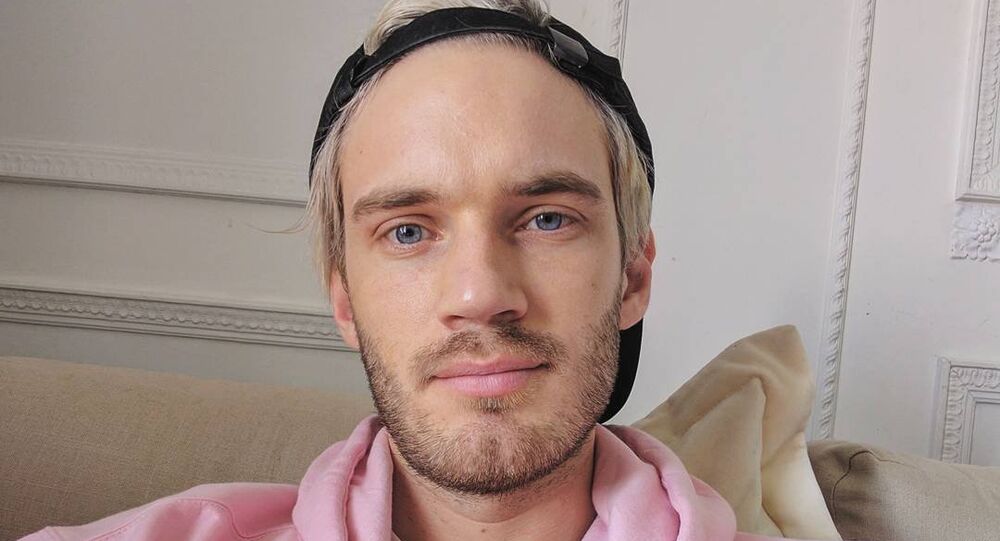 The death of notorious sex offender Jeffrey Epstein still raises more questions than answers; with many individuals doubting that the deceased financier indeed kill himself. The most popular YouTuber of all time PewDiePie has just contributed to the controversy by reviewing a bunch of Epstein-related memes.

King of YouTube Felix "PewDiePie" Kjellberg has added fuel to the fire of a viral conspiracy surrounding the death of the world’s most infamous financier and convicted sex offender, Jeffrey Epstein, by reviewing a series of visibly unrelated memes that all ended with the phrase - “Epstein didn’t kill himself”.

In his recent “Ok Boomer” video review, PewDiePie, who now has 102 million subscribers on YouTube, read out loud several memes - including those advising to boil oranges to make your house smell like autumn and a story featuring the passenger ship SS Warrimoo. Remarkably, all the memes ended with identical or similar lines, questioning the nature of the financier’s death. One phrase even read “Jeffrey Epstein was murdered to protect the names of elitist paedophiles who run the world”.

“That was really interesting, I never thought of that”, PewDiePie reacted to the claim.

PewDiePie’s reaction was widely welcomed by Twitterians, who pointed out that it was good to know the YouTuber was on “their side”.

It is nice to know Pewd is on our side

Never doubted him for a second.
Pewds is our guy.

Some even referred to the Clinton family regarding the deceased financier’s fate, because former President Bill Clinton had repeatedly travelled to Europe, Asia, and Africa using Epstein’s private jet, fuelling speculations that he could have been aware of the sex offender’s illegal activity. Bill Clinton denied all the claims, but another viral hashtag #ClintonBodyCount blew up on Twitter this August, suggesting that both Bill and his wife Hillary could be related to several secret assassinations, including Jeffrey Epstein’s.

Weird how everyone that hangs around the Clintons ends up killing themselves. WHAT HAVE THEY SEEN?! :D

Jeffrey Epstein was an American financier and convicted sex offender and trafficker of underage girls. He was found dead in his cell at New York’s Metropolitan Correctional Centre on 10 August 2019. Despite a medical examiner ruling his death a suicide, because he was briefly placed on suicide watch three weeks prior to his death, a number of conspiracy theories later emerged doubting the circumstances of his death.

Critics cite several circumstances that tend to challenge the official line including a breakdown in protocol by security guards, the malfunctioning of two cameras in front of Epstein’s cell on the night of his death and bone fractures atypical of a suicide. Many have suggested that Epstein’s death could be related to him being a key witness in an investigation that could have exposed sex crimes committed by several prominent individuals worldwide. Although these reports have never been confirmed or substantiated, the “Epstein didn’t kill himself” narrative has recently entered a non-political internet culture by becoming a viral meme.