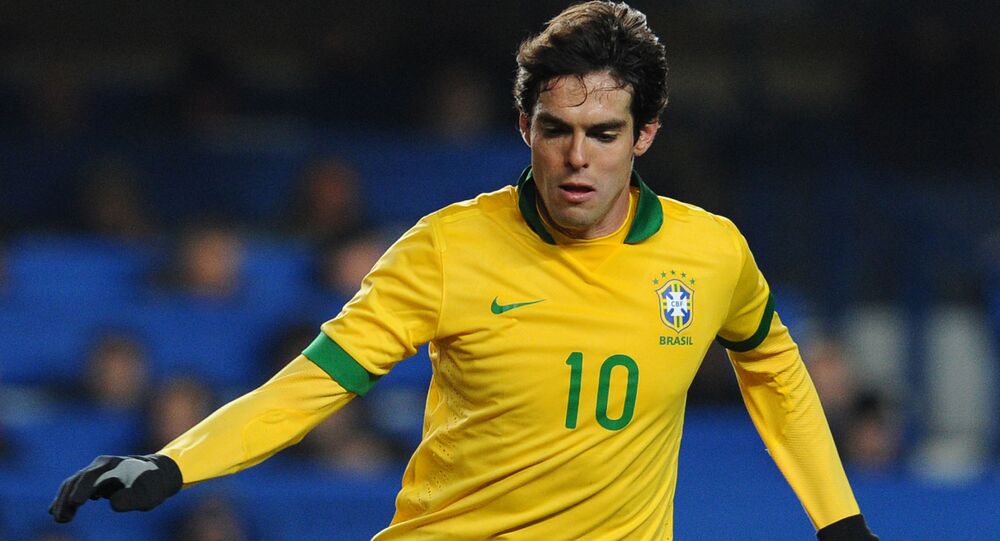 We all have heard a lot about fans interrupting matches to catch the eye of their favourite sports stars. However, not only simple match visitors can be daring desperate actions.

Ricardo Izecson dos Santos Leite, known as Kaka, is a legend of Brazilian soccer, and it's akin to crime to miss a chance to take a snap with him. So the same thought apparently had Israeli referee Lilach Asulin, who decided to take a selfie with the soccer star during a friendly match between former players from Brazil and Israel.

Nothing to see here. Just a referee showing Kaka a yellow card before taking a selfie with him. 😂pic.twitter.com/k3lUHJXd9N

It was the second part of the Shalom Game in Haifa, when the referee blew the whistle and brandished Kaka a yellow card. While the other players seemed surprised as to why the former Real Madrid and AC Milan legend got in the book, the referee stayed quite confident, took out her phone and snap a selfie with the legendary player.

The confusion quickly gave way to friendly laughter, when everybody realized what had happened. Kaka, in turn, stayed calm, smiled and patted Asulin on the back. A number of the Brazilian players can be also seen shaking hands with the referee before the play resumed.

"Forget Cr7 and Messi, this refree is the real goat," said one of the Twitter users.

Forget Cr7 and Messi, this refree is the real goat😁😂

Something I will also do...