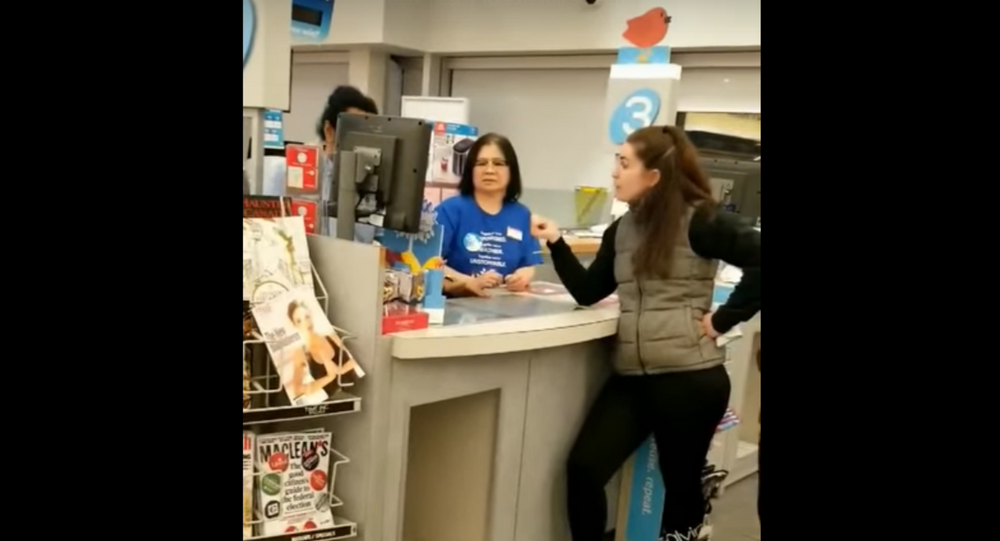 A woman at a Shoppers Drug Mart in Burnaby in British Columbia, Canada, was recently captured on video scolding a staff member for “speaking Chinese” in front of her.

In the video, captured by Allen Tseng and shared on Facebook Monday, the unidentified woman tells the female staff member at the cash register that she is “rude as f**k” for not speaking English.

“Speak English in Canada,” she says while pointing her finger at the staff member. “You’re rude, you are rude. Go somewhere else.”

“You want to talk to me, you bring your manager here, you idiot, or go speak Chinese with the other staff and s**t-talk me somewhere else,” the woman adds.

According to Tseng, who called the woman in the video “extremely rude and racist” in his Facebook post, the female employee was trying to assist the woman.

“The Asian lady was trying to help. She was asked to help by [a manager], but they spoke to each other in their own native tongue, and that’s when the misunderstanding happened,” Tseng said, the Vancouver Sun reported, also noting that the staff members in the store were visibly shaken by the incident.

Catherine Thomas, a spokesperson for Loblaw Canada, which owns Shoppers Drug Mart, told the Vancouver Sun that the parent company has contacted the store.

“The incident that took place on Monday was unacceptable and extremely disappointing to see. It has absolutely no place in our stores. We believe fully in two-way respect between our employees and our customers and were appalled to see that behaviour,” Thomas said in a statement to Postmedia News.