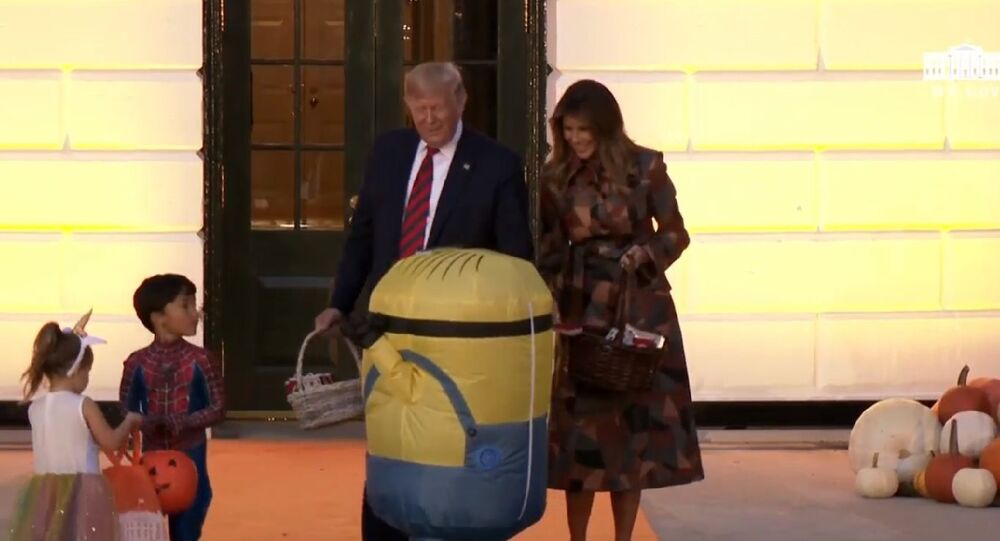 US President Donald Trump and his better half, first lady, Melania Trump took part in a traditional celebration of Halloween at the White House Monday night. The Trumps handed out candies to hundreds of military families and local schoolchildren.

The first couple hosted trick-or-treaters on the South Lawn at the White House, which was decorated in traditional Halloween style. US President and his first lady prefered not to dress in the Halloween costumes, they stayed classy with Trump in a navy suit and Melania in an autumn-coloured coat with a belt.

LIVE: POTUS & FLOTUS at Halloween at the White House! https://t.co/c7EftsFuW4

Nevertheless, the Trumps seemed delighted by their little guests' outfit choices. This year's official ceremony was attended by little dinosaurs, astronauts, law enforcement officers, US marines, butterflies and even minion.

Some children even dressed up inflatable costumes like a kid in a dinosaurus costume, who got a point of approval from Trump or a child in a minion costume posed a logistical challenge to the first couple and ended up with candy put on his head by US President. However, the candy quickly fell of minion's yellow head as the kid walked away.

Trick or Treat’ From the Sun? NASA Posts Creepy Photo of Flaming Star in Halloween Mode