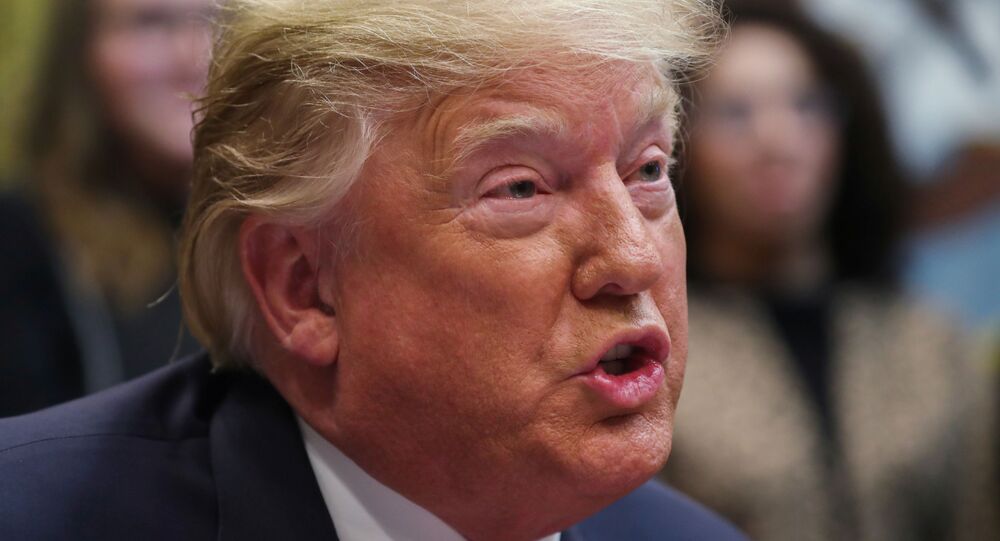 Many social media users went on to bash the news agency and praise the people responsible for al-Baghdadi’s alleged demise.

As US President Donald Trump boasted about American forces killing terrorist leader al-Baghdadi in Syria, his campaign moved to bash CNN over cutting Trump’s “announcement to the nation”.

Tweeting a fragment of the CNN’s footage in question, Team Trump claimed that the media outlet “completely disrespects” the president, as wells as “our service men and women & America”.

DISGUSTING: @CNN completely disrespects @realDonaldTrump, our service men and women & America by cutting out of the president’s announcement to the nation.

​Many social media users seemed to echo their sentiment, bashing the news agency and praising the people responsible for al-Baghdadi’s alleged demise.

The best thing I can suggest as a concerned citizen is just not watch nor responded to CNN. Please consider that this media outlet distort reality, undermines factual content and devotes all its hateful broadcasts toward Trump bashing.

Just wow! How disrespectful can u get!!!!!

Good job! Hard fought win! Ignore the Dems and focus on working for the American people! Great work and congrats to our military and the Kurds who helped us!

CNN showing their true colors, end they are not red, white and blue #CNN 🙄

Some, however, recalled a comment made by a certain someone regarding another assassination a while ago.

Previously, Trump confirmed that US special forces had killed terrorist leader Abu Bakr al-Baghdadi, claiming that the latter "died after running into a dead-end tunnel, whimpering and crying and screaming all the way."

The Russian Defence Ministry noted, however, that it has no reliable information regarding this development, and that the reports of the terrorist leader's alleged demise are unlikely to have any serious impact on the current situation in Syria.