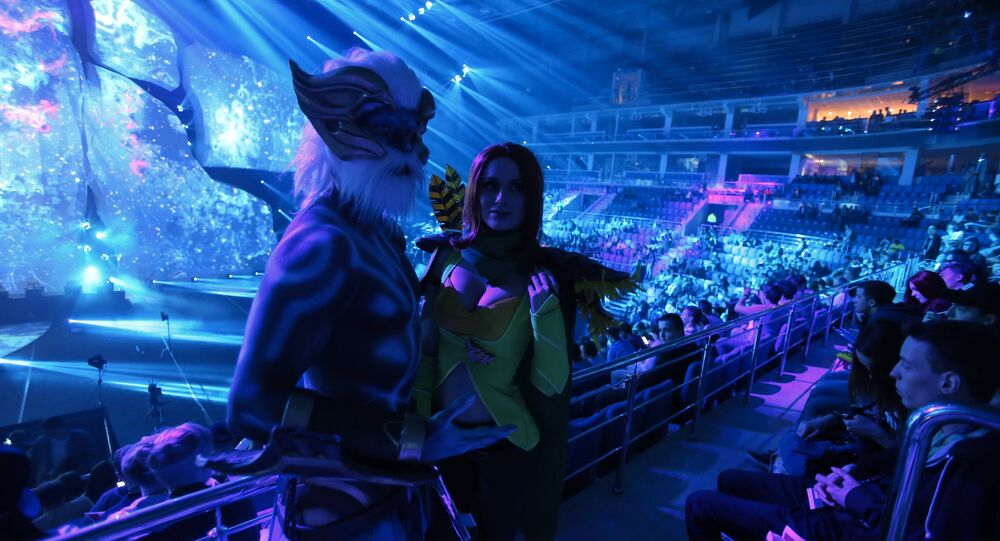 The cosplayer herself did not agree with the reasoning of the judges who banned her from portraying a dark-skinned character, and insisted that people should be able to cosplay whoever they want to.

The judges of this year’s EuroCosplay Championships in London have defended their decision to bar Alice Livanart, winner of the French Cosplay Cup, from competing at the event while dressed as a character from League of Legends named Pyke because his skin tone was darker than her own, Sky News reports.

According to the media outlet, the judges explained that they did not formally disqualify Livanart, who was one of the contest’s finalists, but merely asked her to change the costume, which she apparently was unable to do in time.

Commenting on this development at MCM Comic Con London, guest judge Diana Tolin remarked that while there probably wasn’t any intent to offend on Livanart’s part, the cosplayer allegedly had no right to take on the role she chose.

"I very strongly believe that cosplay is for everyone and we should give really good representation to our cosplayers of colour", she said as quoted by the media outlet. "I think there other options besides being a different skin tone and wish her [Alice Livanart] well but I hope next time she does something a little bit more sensitive."

Many social media users, however, did not seem to share the judges’ point of view, describing the Livanart’s costume as a “work of art”.

@Livianart I'm sorry but this #cosplay is nothing short of a work of art. People are really reaching if they feel this one constitutes blackface. Alice Livian, be proud of this pic.twitter.com/a9FRuWH6kl

On the left we have Blackface, something typically meant to be offensive or funny.

On the right we have an artist being appreciative of a creative work, respecting and wanting to cosplay that work to the most accurate portrayal they can.

I can understand why the judges might not make her a winner but all this PC stuff has gotten out of hand. Banning freedom of artistic expression isn't a great move or no one should be a witch on Halloween really...

Ridiculous! Almost all original superheros were white dudes so that must mean anyone not white or a woman should never dress as a superhero, and only white women are allowed to play Wonder Woman! Everyone else must dress as skeletons, ghosts, and a sidekick. Sorry Teen Titans!

Some also cracked jokes about other people accused of wearing blackface.

​And there were also those who pondered on the questions raised by this occurrence.

IS "blackface" always offensive? Even when it's to portray a fictional, non-human character? Would "whiteface" be equally offensive? Are we all only ever allowed to portray someone of our precise skin tone??? Lots of questions here! https://t.co/PyYg68N1kV

​Livanart herself did not agree with the judges’ reasoning, insisting that the character she chose “comes from a fictional world”.

"I just respected his skin colour because I wanted to be as accurate as possible because I really do love that character…just the way he is, I don't want to change anything", she explained. "He is black, he should be black and if I made him white I could have been accused of white-washing you see. Whatever I choose, some people are not going to be happy."

She also insisted that a person’s skin colour shouldn’t define whom they can cosplay. I mean that's what cosplay is and I think you can't decide what colour you should cosplay just because of your skin.

"The people who think I'm doing blackface are telling me if I was black then I should cosplay Pyke, I mean that's the definition of racism," she added.