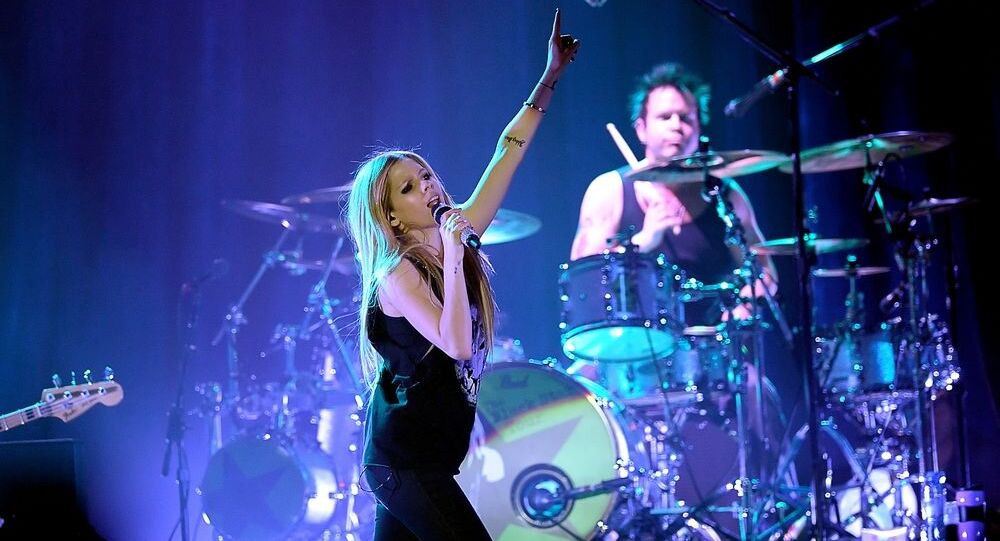 Celebrities often become the target of conspiracy theories too bizarre to believe: there have been rumours of Elvis Presley and Michael Jackson faking their deaths, and Paul McCartney being replaced with a look-alike. Avril Lavigne is no exception.

Fans have been snapping up tickets for Avril Lavigne’s world tour, but some of them are apparently concerned that they won’t get to see the real Lavigne.

The once-popular rumour that the Canadian emocore queen died in 2003 and was replaced by a look-alike has resurfaced following the release of her new album.

Lavigne became a youth music icons as a teenager in the early 2000s with such hits as Sk8er Boi and It’s Complicated, but has been largely absent from the public eye due to her battle with Lyme disease.

The singer, now 35, is returning into the spotlight after a six-year hiatus with her sixth studio album, Head Above Water, having already toured with it across the United States. She has recently announced that the European leg of her namesake concert tour will be taking place in the spring of 2020, before she heads to Japan, China and Southeast Asia.

But some fans just couldn't believe it. One wrote on Twitter: “When Avril Lavigne does her world tour, will it be Avril or Melissa? I kinda really wanna see Avril.”

when avril lavigne does her world tour will it be avril or melissa???
i kinda really wanna see avril..

Another wrote: “People think they’re getting tickets to see Avril Lavigne but really they're going to see Melissa. Facts.”

A third said: “Can’t believe I forgot about Avril Lavigne (Melissa) tickets this morning and now they’re all sold out. Devastated.”

Can’t believe I forgot about Avril Lavigne (Melissa) tickets this morning and now they’re all sold out. Devastated.

The look-alike theory is thought to have originated in a Portuguese-language blog “Avril Esta Morta” (Avril Is Dead) back in 2012. It claims that when Lavigne was struggling with fame in the early years of her career, her record label found a body double named Melissa to shield her from media attention.

As time went by, Avril allegedly became friends with Melissa and taught her how to perform her songs at concerts. According to the theory, the real Lavigne committed suicide in 2003, at the peak of her career, and Melissa replaced her full-time.

The fan suggested that the lookalike couldn’t fully embrace Avril’s personality, and the changes in the singer’s appearance and music style – from trousers to dresses and heels, and from edgy emocore to more melodic, rockier material – are the manifestations of Melissa, who also left clues in some of her post-2003 songs.

The user behind the theory later confessed that his blog was “a way to show how conspiracy theories can seem real”.

“Avril Lavigne never died and was replaced by a lookalike, I created this theory to see if people would believe it, and thousands of people believed it was a fact. An important point is that I created this theory with no intention of lying; all I did is offer arguments that anyone could search for information about and prove,” he wrote, as quoted by the fact checking website Snopes.