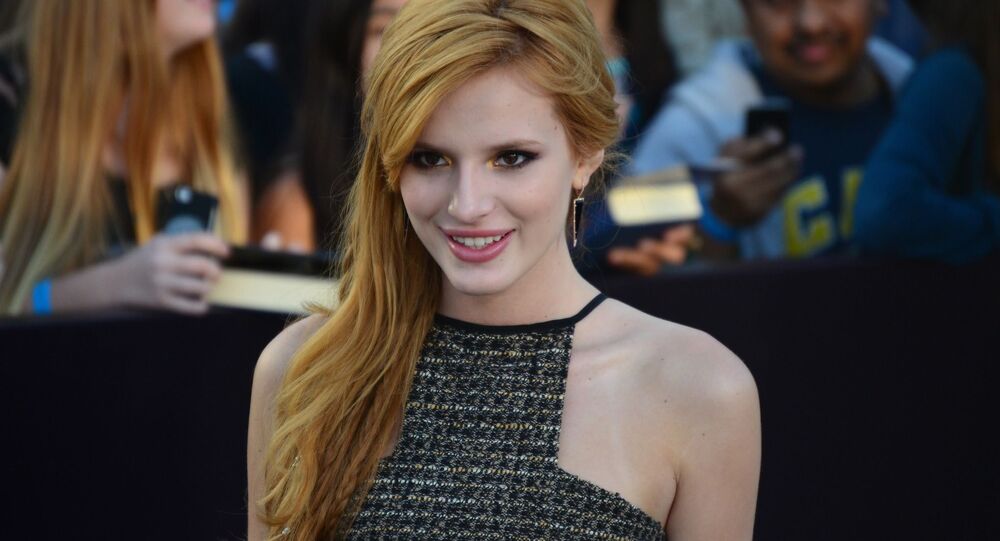 The rapper Russ whose song Bella was dancing to took note of this development, remarking that “it’s dope to see the music just getting around and getting recognition”.

American actress and ex-Disney star Bella Thorne has apparently once again managed to wow the social media audience with a new Instagram video featuring her dancing by the poolside while dressed in a bikini.

According to The Blast, the video was recorded at the pool of the Hard Rock Casino in Las Vegas, featuring Bella “rocking out” to “Best on Earth”, a new song by rapper Russ.

"It’s getting nasty @russ w that new fire music", she wrote in the caption of her Instagram post.

The rap artist himself also took note of Thorne’s stunt, sharing her video and remarking that “it’s dope to see the music just getting around and getting recognition”.

Russ also commented on Bella’s post, asking her to let him “borrow a ring”, to which she playfully replied “come over I’ll introduce you to my safe.”

Thorne’s social media audience also appeared amused by the vid, with some pointing out certain small details in the background.

“The best seat spot for the show was taken by the man who appeared in the background”, one of them remarked.

“The security guard in the back though,” echoed another.