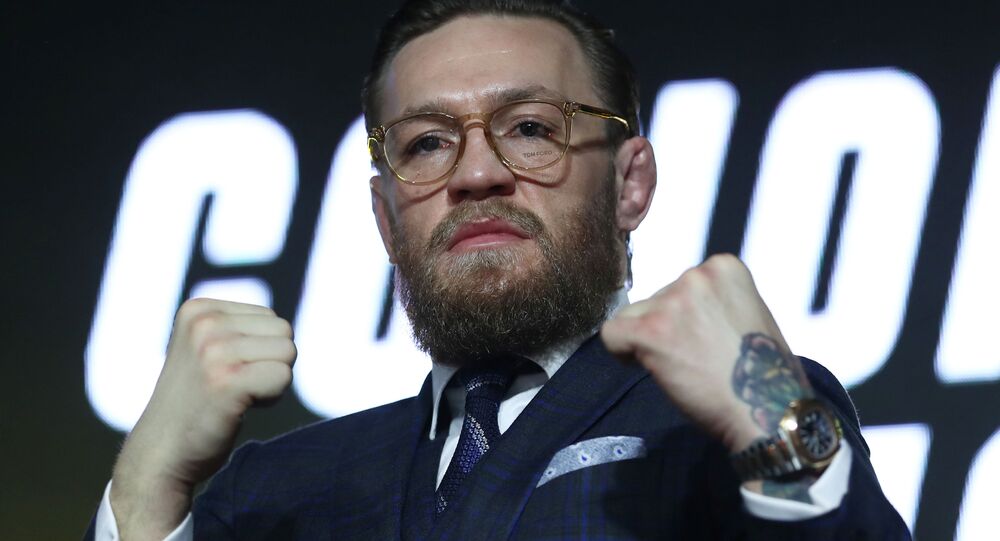 Fans chased his car for 200 meters during the day. Later that evening, another group of men, frustrated by his comments, gathered at his hotel.

MMA fighter Conor McGregor, who visited Moscow to give a press conference Thursday morning, was ready to leave the presser’s building via the back exit, but his expectations were thwarted by a huge crowd of fans who had been waiting for the Irish fighter for some three hours, Russian media reported.

According to reports, an estimated 200 people were gathered at the building’s back door.

​After the former champion reached his car and set off, the crowd gave chase, running for about 200 meters, reports say. A video of the fans chasing the car was uploaded to social media.

But it was too early for McGregor to relax. Later that evening, a group of Russian men – presumably originating from Khabib Nurmagomedov’s home region of Dagestan – gathered at the Ritz Carlton hotel, where the Irish fighter was enjoying a luxury suite.

Two men who managed to enter the building told reporters they wanted to show McGregor that people of Dagestan “don’t run from him.”

“In his address today, Conor said Dagestanis run away from him,” one of the two men asserted in a video uploaded to Instagram. “We came to the hotel, and [the staff] is trying to persuade us he’s not here. So we decided to just nicely take our blazers off and wait for him to come down. The Dagestanis are waiting for Conor.”

During his earlier presser in Moscow, McGregor suggested that Khabib was afraid of risk.

'Get in Line, Conor': Khabib Sets Out Redemption Terms for McGregor to Earn Rematch