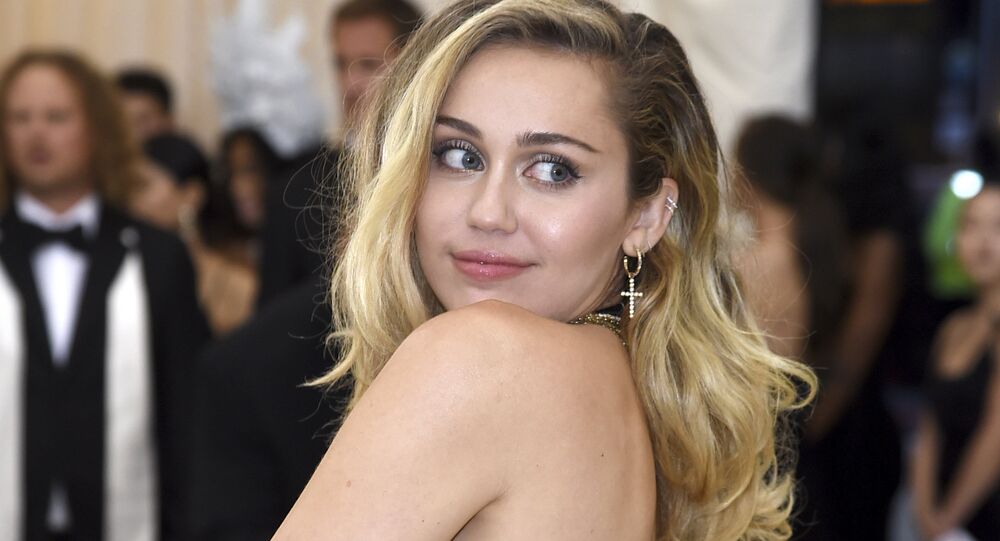 After her husband Liam Hemsworth filed for divorce this August, the 26-year-old singer and actress seems to be enjoying her new single life, reportedly diving into a new romance with Australian singer Cody Simpson. She is not forgetting to keep her fans updated about “the new her” on social media either, even if it means breaking the nudity ban.

Miley Cyrus has told fans that she was getting “more basic by the day”, with an edgy mirror selfie in a jeans shorts and a white see-through crop top that exposed the teenage star-turned-tattooed singer’s nipples. In the caption, the “disturber”, who is no stranger to posting borderline pictures, warned fans that they are not going to enjoy the snap for long, as “the gram gods” frown upon it.

I’m getting more basic by the day. The only thing the “new me” loves more than a mirror selfie is a self timed one. PS this is getting removed soon! I’ve been warned by the gram gods !

“I’m getting more basic by the day. The only thing the ‘new me’ loves more than a mirror selfie is a self timed [sic] one. PS this is getting removed soon! I’ve been warned by the gram gods!” she wrote in the caption.

However, she did not confine herself to only one “basic” mirror selfie, also sharing an artistic snap with a guitar and wearing a still tiny, but thicker, top. While this did not challenge Instagram’s strict nudity regulations, it did deprive viewers of another look at the 26-year-old’s breasts.

READ MORE: Miley Cyrus Puts ‘She Is Coming’ Condoms on Sale for $20

While the Facebook-owned social media platform is dawdling on deleting the nipple snaps as Miley Cyrus predicted in the caption, netizens seem to be catching up in the moment and enjoying the edgy photos.

Some praised the minimal outfit that the star picked, posting philosophically “the less the more”, while another crowned the singer the “queen of nipples”.

“Well I love all yours, but this basic one is pretty epic”, one commenter posted.

However, some seemed less impressed, noting that Miley Cyrus was “just being Miley”.