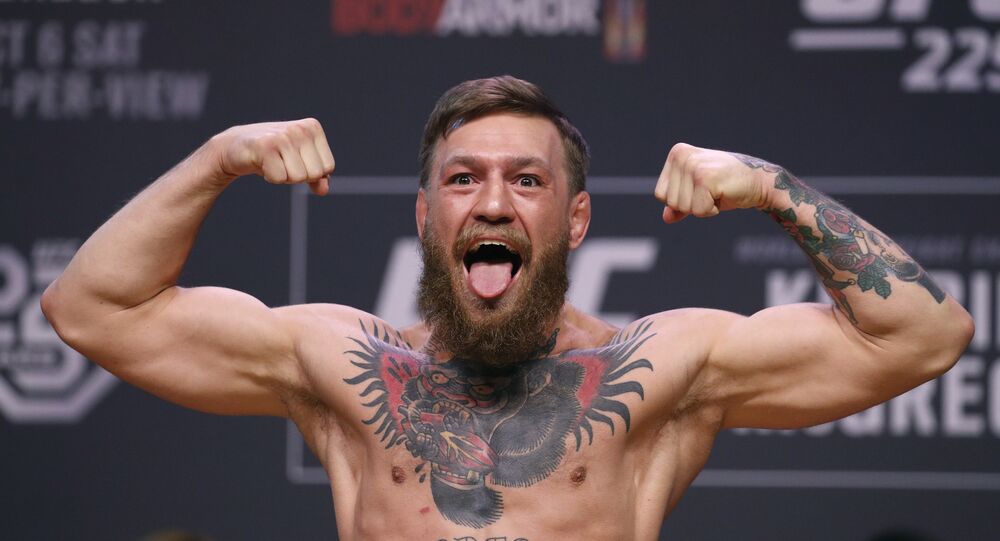 Conor McGregor is under investigation for sexual assault for the second time in less than a year, according to the latest report.

The latest allegations involve a woman who said she was attacked in a car parked outside a Dublin pub last week, according to The New York Times, citing people who spoke on condition of anonymity because of Irish laws surrounding investigations. The police have yet to investigate the allegation.

The UFC fighter is already under investigation for a separate case involving a woman who was attacked at a hotel where McGregor stayed in December. The findings of the investigation were sent to Ireland’s prosecutor’s office earlier this year, and McGregor is waiting to learn whether he will be charged in the case.

“Conor McGregor is frequently the subject of rumors,” his publicist told The Times in an emailed statement. “He emphatically denies any report accusing him of sexual assault.”

This is not the first time Dublin-born McGregor has been involved with police in recent years. In 2019, McGregor was caught on video seen getting into an altercation with a senior patron of a Dublin pub after the man refused to taste McGregor’s offer of what appeared to be whiskey. A year before, McGregor was convicted of disorderly conduct after throwing a metal trolley at a bus carrying his UFC rival Khabib Nurmagomedov. In March, the former UFC featherweight and lightweight champion was charged with strong-arm robbery and criminal mischief after stomping on 22-year-old Ahmed Abdirzak's phone in Miami, US, yet the charges were later dropped.

'Get in Line, Conor': Khabib Sets Out Redemption Terms for McGregor to Earn Rematch

'Moscow is Waiting For McGregor': Khabib's Father Says His Son is Ready to Face 'The Notorious'