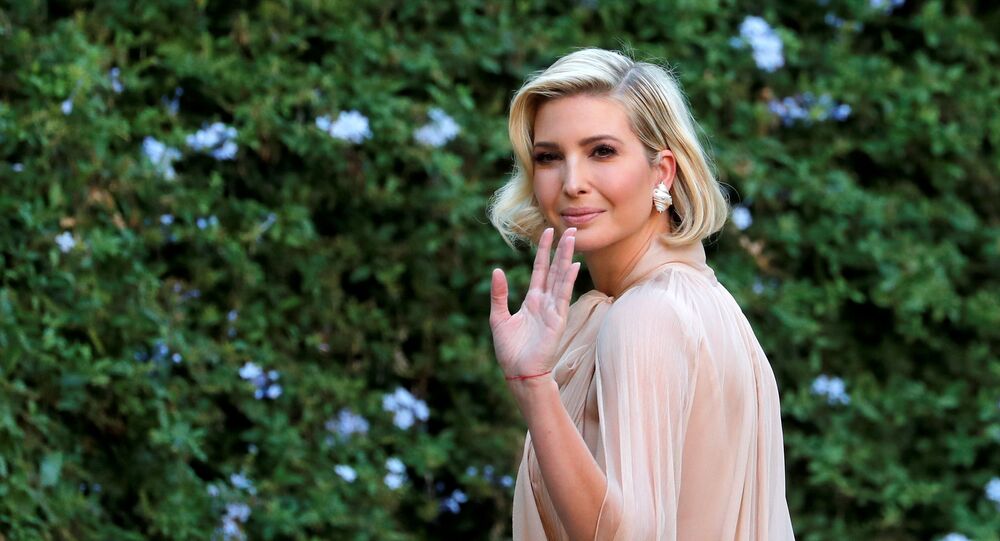 Luxury Brand Louis Vuitton signed the US President Donald Trump’s “pledge to America’s workers” earlier this month that includes a commitment by firms to create a specific number of job “opportunities”; the workshop in Johnson County, Texas, employs 150 people and has an annual payroll of $26 million.

Also in attendance at the launch of the handbag factory were LVMH chairman Bernard Arnault and senior LVMH execs, including Louis Vuitton chairman and CEO Michael Burke.

​This marks the company’s third workshop in the United States; the first two are located in California.

The ensemble’s finishing flourish was something that may have been a bit gauche for a Louis Vuitton party: a large black leather Chanel bag.

The businesswoman and fashion designer shared news of her upcoming arrival on Thursday, tweeting:

Thanks to the Trump Admin’s economic policies @LVMH will open Louis Vuitton Rochambeau in Texas. Along with this investment, LVMH CEO Bernard Arnault Pledged for 1,000 NEW opportunities for local artisans & leather craftsmen. https://t.co/tTY3zUwex1

Social media fans responded to the news of the luxury brand reaching Texas, with some praising the initiative:

​Many twitter fans opted for a more critical viewpoint:

Who will be able to afford this crap? Oh yeah, the top 1%!

Ivanka, you wasted our taxpayer dollars to fly to Texas for this? Really? And where's your husband these days?? In the Middle East making deals for himself?

Oh look, Ivanka realizing her dream of having workers, (I assume documented), making luxury items for the top 1%. How soon before her true dream of work camps? Keep those pledges coming in!!

Cutting the 'ribbon' is where the trumps excel at ...mere appearances no real value*

Really? We have crisis going on in this Country and they think Louis Vuitton is more important? Really?

​Many social media users were puzzled as to who would want LV products that were actually made in the US, and wondered if this would affect the price range:

No one wants LV products that’s made in U.S. Majority of people will ask where the product is made. They all have to have “made in.....” stamp. They used make products in U.S. in the 80’s and stopped for this reason.

Louis Vuitton is made in France, Spain and USA. It no longer requires the “made in France” stamp to be authentic, but I get your point. Mass production has certainly taken away from the ”handmade craftsmanship” persona.

since it is going to be made in the USA , will the pricing of the bags made there will be cheaper (less those import tax) just like the pricing in France

Same here I'm honestly so confused too. I though LV didn't mass produced.

So Louis Vuitton bags are made in Texas? I had no clue.

The location will create 1,000 new jobs over the next several years.

The US represented 25 per cent of the Paris-based company’s global business last year, or more than $10 billion.

The price range of Louis Vuitton bags with the brown and tan initials and icon can start at $400, with luggage costing well into the thousands.

Louis Vuitton is one of 70 brands controlled by LVMH, which also includes Sephora and champagne Moet Hennessy.

LVMH chairman Bernard Arnault, according to Forbes, is the world's fourth-richest person with a net worth of $100 billion.