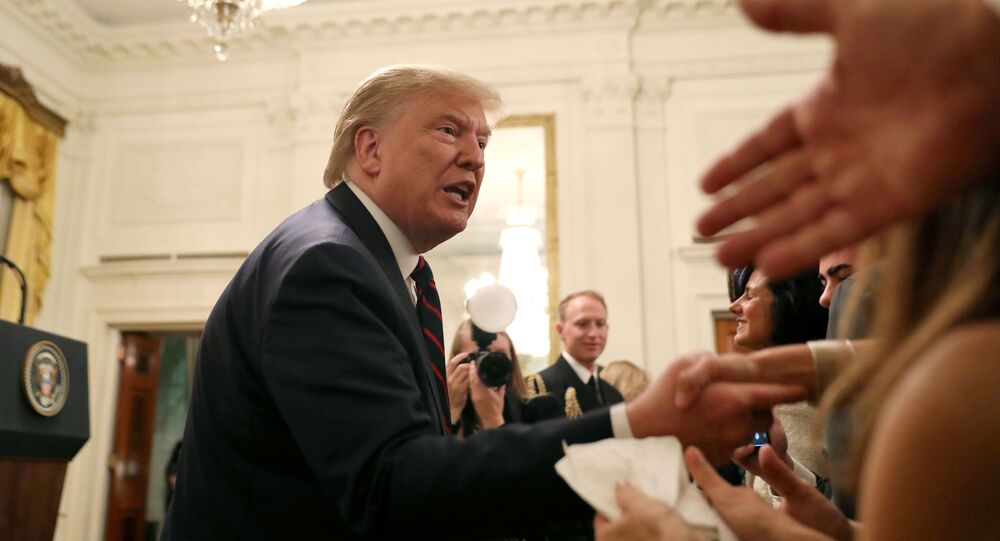 President Trump is well known for his bizarre history lessons, which often contradict what is being taught in schools and what official accounts say, and his recent statement on historical ties between the United States and ancient Rome has drawn lines on social media.

US President Donald Trump has raised eyebrows as he claimed that the things that bind the United States and Italy date back thousands of years to ancient Rome.

“The United States and Italy are bound together by a shared cultural and political heritage dating back thousands of years to ancient Rome,” Trump said during a press conference with Italian President Sergio Mattarella on Wednesday.

“The United States and Italy are bound together by a shared cultural and political heritage dating back thousands of years to Ancient Rome." 🇺🇸🇮🇹 pic.twitter.com/10Ib2h4O4e

Many people took to social media to interpret Trump’s comments as suggesting that the US and Italy had been allied for thousands of years, even though Italy is less than 160 years old and the US was established 243 years ago.

TIL The United States was around in the days of Ancient Rome. Add that along side the airports during the Civil War to the history books, folks.

Our 243 year old country dates back thousands of years to ancient Rome. - man of infinite wisdom

Trump reminds us all that America has been close allies with Italy since Ancient Rome. That's when they helped us take the airports in the Revolutionary War.

Trump is mentally ill and unfit for any office.

However, many leapt to Trump’s defence, saying he did not mean that the US is literally thousands of years old, but was referring to the great influence that the ancient Roman cultural and legal tradition had on Western nations, including the United States.

People are wrongly describing this statement to mock it. Trump said the two countries have a shared political-cultural heritage that dates to Ancient Rome, not that there were actual ties between two actual countries as far back as Ancient Rome. https://t.co/LpItr5WC4Z

“...our shared cultural and political heritage.” He’s not talking about a literal diplomatic relationship, but of shared ideas. The Constitution is influenced by Ancient Rome, and that’s the relationship Trump is referencing.

I think he was referring to Roman law, not the empire.

Donald Trump has quite a history of controversial historical statements: he has previously accused the Kurds of not helping the United States in World War 2 (when there was no such thing as a Kurdish political authority), claimed that there were airports around during the Revolutionary War of 1775-1783, and stated that Abraham Lincoln lost the Civil War.