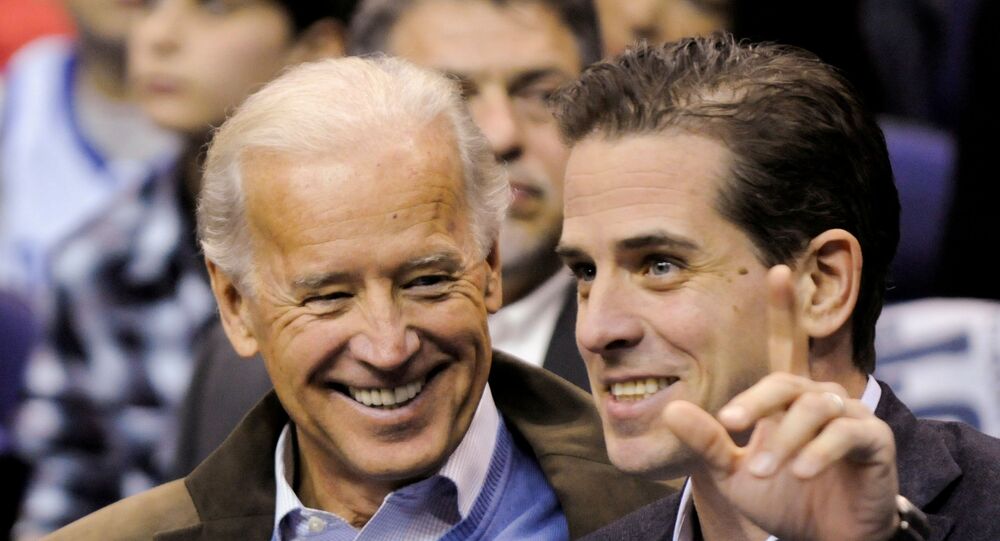 In what looked like either a massive typo or a headline written by an extraterrestrial, NBC News reported about Hunter Biden using a few more consonants than necessary.

The Facebook timeline on Tuesday saw a post by the NBC News account with the puzzling headline reading “Hunter kBiden ndefends his involvement in foreign businessesnnnnnnnnnkkkkkkkkk.”

The blatantly misspelled headline has been quickly removed and replaced with an English one, but social media users still managed to have a glimpse at it.

The Washington Post reporter Gene Park said the headline looked like a cat jumping on the keyboard.

when ur writing the headline but the cat jumps on the keyboard pic.twitter.com/EQpTomVoB1

One user joked: “Look, when you hire bug robots to handle your social media accounts for minimum wage, this sort of thing happens.”

Look, when you hire bug robots to handle your social media accounts for minimum wage, this sort of thing happens. pic.twitter.com/V2vIH95Xop

Another said: “When defending the super rich is stroke inducing.”

when defending the super rich is stroke inducing 😬😬

One commenter called it yet another example of “negative press covfefe,” jokingly referring to Donald Trump’s famous and mysterious Twitter typo.

Then there were also suggestions that the multiple k’s had a racist connotation.

It was probably a white cat that jumped on the keyboard. Hence, all of the KKKKKKK at the end. So racist! 😆😆

Guys... Guys... I know it seems funny, but actually it's subtle signalling to the KKKkkkkkk

The post was referring to the recent admission of Hunter Biden, the son of former US vice president Joe Biden, that he had exercised “poor judgement” in deciding to serve on the board of a Ukrainian gas company.

US President Donald Trump in July 2019 asked Ukraine’s then-new president, Zelensky, to look into the allegations that Joe Biden had pushed for the ouster of the prosecutor general who had overlooked a since-dropped corruption investigation into the company that employed Hunter. Both Bidens have said they did nothing wrong.

Joe Biden is a top-polling 2020 Democratic hopeful, and his fellow party members, who are controlling the lower house of Congress, launched an impeachment inquiry into Donald Trump last month over suspicions that the president may have effectively had solicited Ukraine’s interference in next year’s elections. Trump insists that his actions were lawful and has refused to cooperate with the inquiry. The Democratic-led House committees in charge of the investigation have resorted to subpoenaes to comply witnesses — including senior government officials — to testify and request documents related to the case.