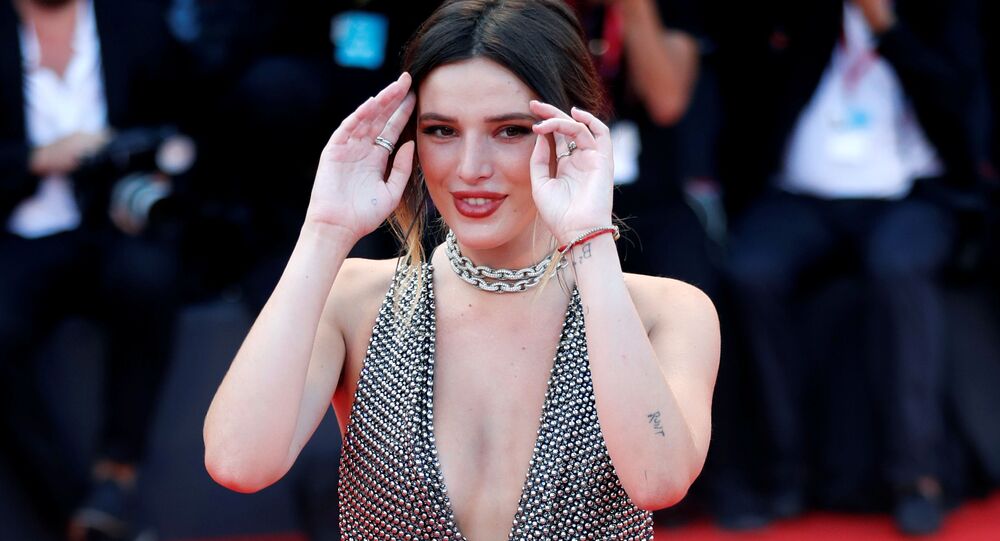 In the picture, the former star of the Disney Channel’s Shake It Up, dressed in a yellow crop top and tiny jeans shorts, is seen sitting on the hood of a muscle car, like the stunning raven-head did in a scene that went down in pop culture history - not to mention the fantasies of boys all over the world. However, Thorne decided to ease the tone, sticking her tongue out.

Bella’s version will hardly be put in the pop culture hall of fame, but it definitely caught the fancy of her fans. Some even suggested that the starlet looked better than Fox in her prime. However, many seemed so stunned that they did not even express their admiration with words, leaving only heart-eyed or fire emojis. Others were wordier, leaving comments like “Gorgeous”, “Hottie”, or “Queen.”

Thorne shared her racy pic shortly after she picked up her PornHub’s Vision Award for her adult film debut during a ceremony on Friday night. The beauty directed a BDSM-themed flick called “Him&Her”.