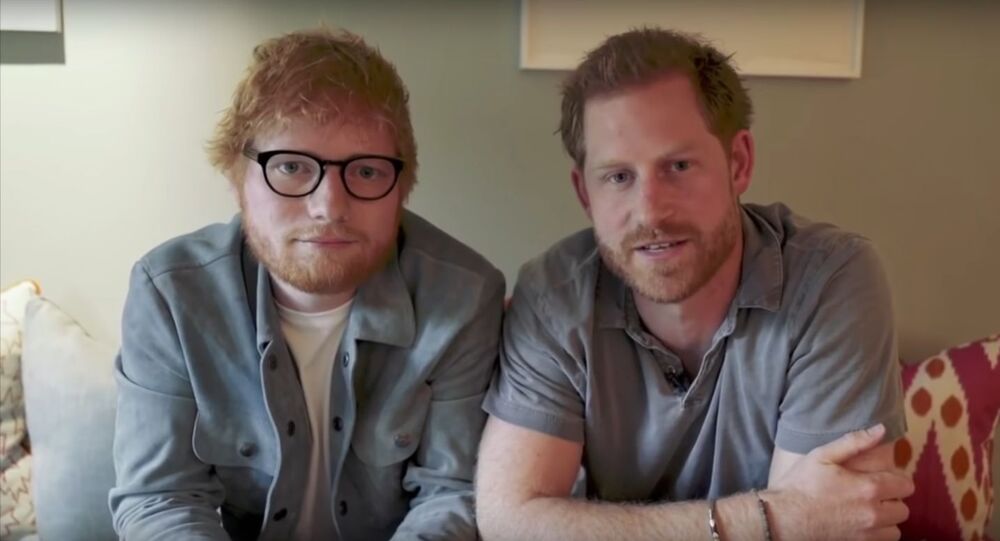 Despite its funny start, the video ends on a serious note as the Duke of Sussex asks viewers to try and look out for those who “may suffer in silence”.

As people across the planet mark the observance known as the World Mental Health Day, English singer Ed Sheeran and Prince Harry joined forces to raise public awareness about this observance and the things it promotes.

The sketch video made by them, which quickly spread across the Internet, features Harry inviting Ed to discuss this problem, only for the viewers to become gradually aware of the fact that the two men might be talking about quite different things as Sheeran remarks that “people don't understand what it’s like for people like us”.

Things come to a head when Sheeran says: "People just don't understand what it's like for people like us - with the jokes and the snide comments. I think it's time we stood up and say 'we are ginger, and we are going to fight'”.

"This is slightly awkward. There may have been a miscommunication - this is about World Mental Health Day?" Harry replies, to which Ed quickly responds “Yeah, yeah, of course” and hurriedly proceeds to delete the text he previously typed on his laptop which reads "HRH Prince Harry and the king of ging Ed Sheeran get together to change the perception of people with Moroccan sunset hair. Brainstorming session ideas."

The clip ends on a serious note, though, as the duo faces the camera and the Duke of Sussex delivers the following message: “Guys, this Mental Health Day, reach out, make sure your friends, strangers – look out for anyone who may suffer in silence. We're all in this together”.

A number of social media users, however, didn’t seem particularly thrilled by the vid and proceeded to mock its authors.

Hopefully one of those gingers will move to Hollywood.

Well they was uncomfortable. Not my style of addressing the issue. Maybe it’s just me but Harry’s no actor! It was childish and seemed to trivialize the issue. People who are suffering as I have find it difficult to make light of their feelings as this video seems to do. IMO

Happy to tolerate the Royal Family until they start lecturing us and treating us like their patients. Please 🛑, you’re affecting my mental health...

Some also joked about the alleged British press’ treatment of the royals.

British media: "Harry & Meghan are unpopular. No one likes them. They're minor royals. Meghan's a 'no one'."

World Mental Health Day is an annual observance for global mental health education, awareness and advocacy against social stigma, established in 1992 and celebrated on 10 October.