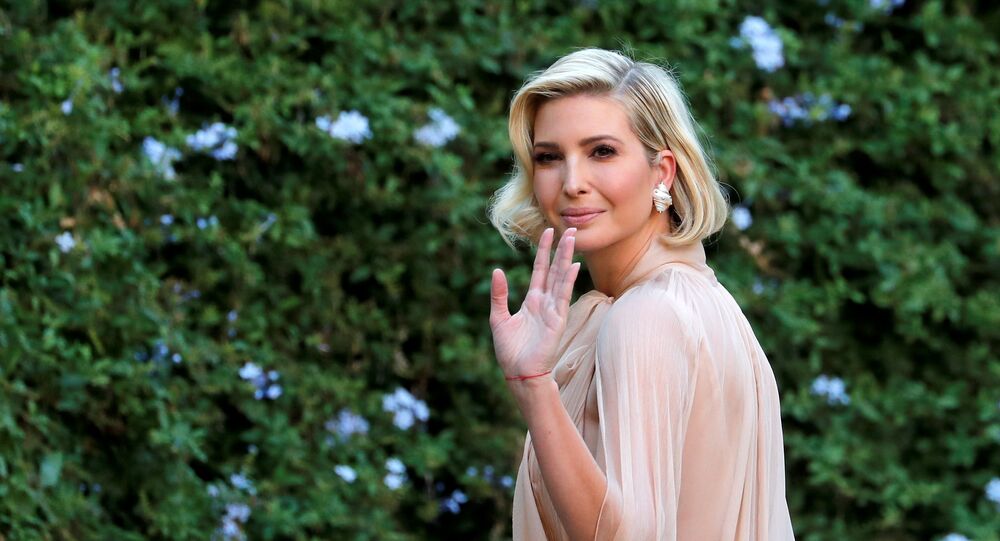 US President Donald Trump’s daughter, Ivanka Trump, posted a tweet in honour of Yom Kippur on 8 October, against the backdrop of an ongoing impeachment inquiry into Trump, eliciting a social media response in no time.

First daughter and White House adviser Ivanka Trump, who was raised Presbyterian Christian like the rest of her family but converted to Orthodox Judaism in 2009, shortly before marrying Jared Kushner, went on Twitter on 8 October to wish her followers a happy Yom Kippur, as the Jewish holiday began at sunset. Of course, social media had something to say about it.

As we begin this holiest of days, Yom Kippur, let us humbly and sincerely reach towards our Creator and achieve renewal through teshuvah, tefilla and tzedakah. Gmar Chatima Tova ❤️

​Netizens were split in their reaction to the post, as some felt that Trump had no right to observe it.

What does the Torah say about this?👇 pic.twitter.com/pyyu2C6Qoj

Humility is definitely what comes to mind when I think of a Trump. Please.

A Trump talking about holy days......

Give it a rest. Nothing holy about you, your husband and the trump family.

​Some sprang to Ivanka’s defence:

Dear Trolls, Yom Kippur is our sacred and deeply meaningful Holy Day. Please write your vile comments on some other tweet. There are plenty of other you could choose from to vent your hatred. Thank you.

​Some mocked Ivanka for leaning on religious rhetoric to appear sympathetic:

You might want to go look up what being holy entails.

She represents nothing Judaism stands for. The sacredness of family, giving back to the community, welcoming the stranger.

Yom Kippur is MY sacred and deeply meaningful Holy Day. Ivanka commits vile and hateful acts against humanity every single day, and she should be called out on them. Thank you.

​Others tended to believe the first daughter was seeking to create a distraction:

Enjoy your holiday and when you come back, help dad comply with those subpoenas , okay? Thanks

Teshuvah. You can take the appropriate steps toward righteousness and you know what they are. Do them.

Ivanka's Twitter respondents seemed more concerned with the Trump administration's ongoing impeachment inquiry, and what role she may have in it.

In an interview that aired Friday, she said that the "Trumps are fighters", avoiding talking about specifics on the air.

The impeachment inquiry into Donald Trump’s 25 July telephone call to Ukrainian President Volodymyr Zelensky was initiated after a whistleblower sent a complaint to the US Congress claiming that Trump had pressed Zelensky to investigate possible corruption by 2020 Democratic US presidential candidate Joe Biden and his son Hunter Biden, and threatened to withhold financial aid to Ukraine.

Trump ordered a transcript of the telephone call with Zelensky to be declassified, as he rejected the allegations, labelling them no more than a political “witch hunt” intended to reverse the outcome of the 2016 US presidential election.