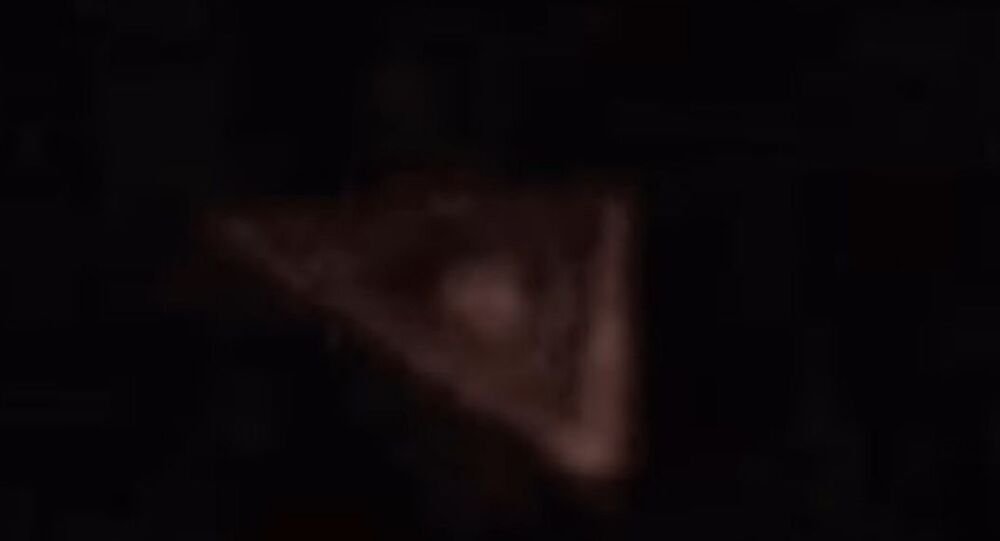 A mesmerizing triangular unidentified flying object was spotted hovering in the night sky over Texas by a woman who quickly shared the eerie footage with a YouTube UFO pundit.

In the short video clip, the triangular UFO appears to glow red in the night sky. The owner of the YouTube channel changes the filter of the video - while commenting on the strange flying object - so that the features of the mysterious shape become more visible. In one instance, the UFO pundit claims there is a circular device rotating at the centre of the object.

“It was red and you can see that it is crystal clear – a perfect triangle in the area hovering stationary,” the Youtuber explains in the clip, adding that  “It’s not moving, there are no lights on.

Over 83,000 views of the mysterious footage have been recorded since being posted on 6 October.

Some netizens suggest that the video is evidence of the existence of the TR-3B spy plane or rumored project "Aurora". The TR-3B Black Manta is also the possible name of the semi-mythological United States Air Force surveillance plane, speculated to have been developed under a black project.

It is reportedly said to be a supersonic stealth spy plane with a triangular design, much like the one seen in the posted video from Texas.