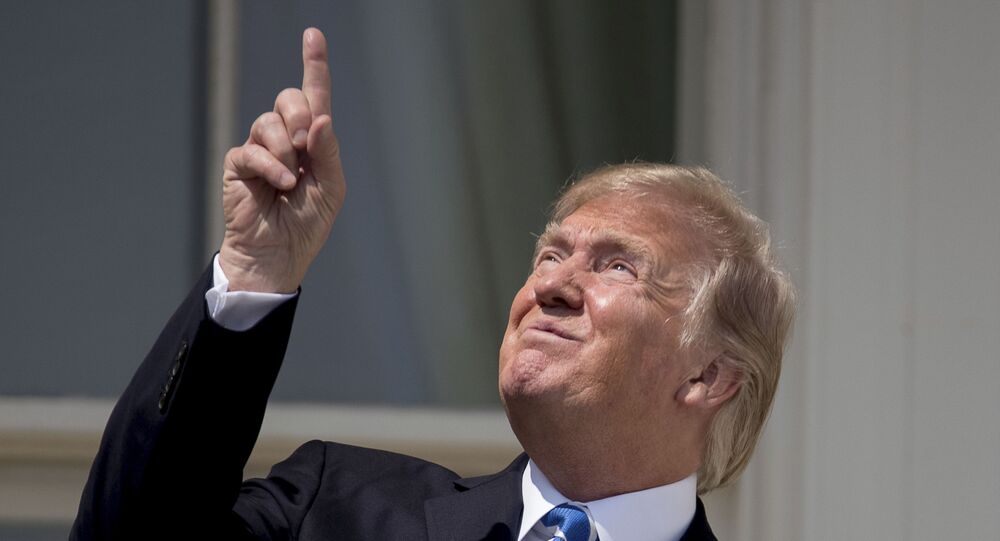 As US President Donald Trump sought to assuage concerns about the fate of the Kurds following impending US withdrawal from eastern Syria, he boasted of his “great and unmatched wisdom” in making the decision. The Twitterati, never ones to take prisoners, ruthlessly mocked him for it.

Boasting of his intelligence is nothing new for the real estate mogul-turned-head of state. The “stable genius” went off once more on Monday amid criticism that his plan to pull US troops back from advance positions on the Syrian-Turkish frontier amounted to a betrayal of Washington’s Kurdish allies in eastern Syria, whom the US supported in their war against Daesh. Ankara has promised to invade the country once the US leaves, claiming the US-allied Kurdish militias there are linked to Kurdish groups in Turkey the government considers to be terrorist groups.

“As I have stated strongly before, and just to reiterate, if Turkey does anything that I, in my great and unmatched wisdom, consider to be off limits, I will totally destroy and obliterate the Economy of Turkey (I’ve done before!),” the president tweeted Monday morning. “They must, with Europe and others, watch over the captured ISIS fighters and families. The US has done far more than anyone could have ever expected, including the capture of 100% of the ISIS Caliphate. It is time now for others in the region, some of great wealth, to protect their own territory. THE USA IS GREAT!”

​Few could probably get away with that kind of a boast online, but definitely not Trump, known both for his bombastic and self-aggrandizing claims and tendency to trip over the facts.

Twitter let him have it. “Those two tweets will one day be in a glass case at a museum celebrating the most stupid things ever said,” one poster quipped. “Unmatched wisdom in this case is sort of like unmatched socks.”

Unmatched wisdom in this case is sort of like unmatched socks.

​Another thought his boast sounded a bit crazy and invoked the image of Nurse Ratched from “One Flew Over the Cuckoo’s Nest,” the primary antagonist who quieted down troublesome patients at the mental institution with her cocktails of medication.

"in my great and unmatched wisdom" !!
OMG !!Is there a Doctor in the White House listening to him. Does no one have the courage to intervene!
"I will totally destroy and obliterate the economy of Turkey " are these the words of a sane man let alone president of the United States? pic.twitter.com/833ZAmPEEZ

​Others thought Trump sounded a bit like a megalomaniacal cartoonish villain, such as Ming the Merciless from “Flash Gordon”:

I can totally picture Ming the Merciless saying this, verbatim. pic.twitter.com/Pj3t513chp

​Others just thought he sounded all the sillier for it, conjuring up the president’s much-adored Sharpie-brand markers:

​One person decided to post an image of Trump looking directly at the sun during the August 2017 solar eclipse:

​Others perhaps felt a bit of empathy for the guy. After all, who among us doesn’t feel a little “wisdomous” at times?