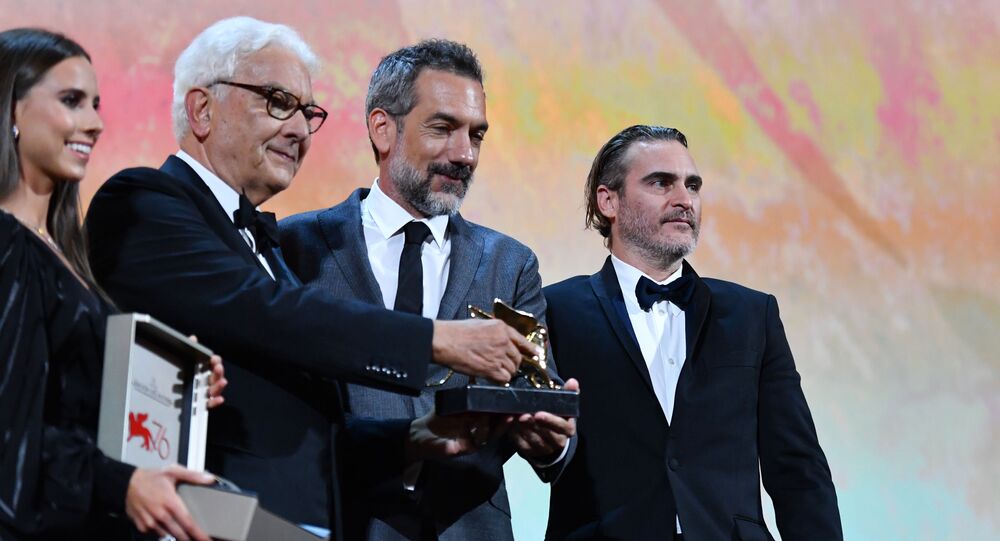 The award-winning actor, believed to be uncommunicative in interviews and avoidant of publicity, seems to have changed his ways, as he has dropped by showings of the new adaptation of the infamous DC villain in Los Angeles in person and even answered surprised moviegoers’ questions.

Hollywood A-lister Joaquin Phoenix, who played the Joker in the unconventionally grim movie based on the DC franchise, made rounds in Los Angeles and surprised fans at screenings at Universal Studios AMC and the Alamo Drafthouse cinema in the city’s downtown. The 44-year-old actor, casually dressed in a black hoodie for the animal rights organisation Animal Liberation Front and black jeans in contrast to his character’s vibrant-coloured outfits, appeared in front of surprised and delighted fans at the beginning of the end credits.

Phoenix, considered to be taciturn and tight-lipped during interviews, not only answered questions from the shocked audience about the premiere, but also took selfies with fans. According to reports, the actor, who played the infamous homicidal maniac, seemed to be in a good mood and shared laughs with regular viewers. However, as The Daily Mail reports, the star refused to do the infamous Joker cackle.

He's amazing!! Joaquin Phoenix in Universal Cinema AMC at CityWalk Hollywood, LA (California) September 5, 2019. Via: Andrew R. Goodman "He was trying to talk, and we were trying to listen, but we couldn’t really hear him so he starting coming up the stairs. The IMAX theater is big so any talking is hard to do!" #JoaquinPhoenix #Joker #JokerMovie

Joaquin Phoenix made a surprise appearance at the #Joker screening last night at the Alamo Drafthouse LA in downtown Los Angeles. pic.twitter.com/lUMHwMLVnN

​Although the movie, which sparked debate about its nihilistic tone and unconventional portrayal of the DC villain, was rated R, it still managed to set a new October record with a $96 million box office haul over the debut weekend, as Variety reports.