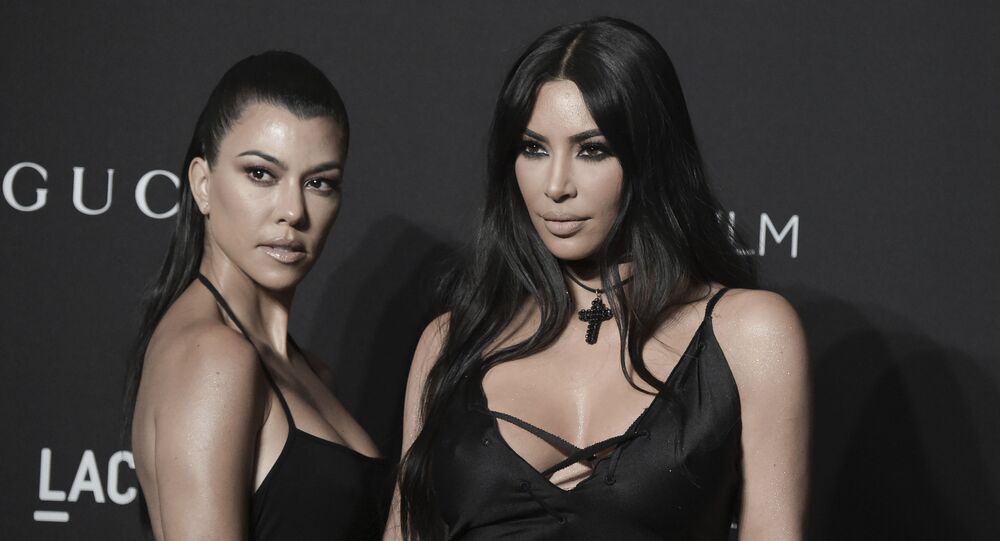 The stars of the Keeping Up with The Kardashians reality television series had to use the presidential exit at the airport to hide from the hundreds of fans who had gathered there to catch a glimpse of their idols.

Kim Kardashian should perhaps have thought twice before she announced on social media her plans to visit Armenia with her sister Kourtney. The aggregate number of Kim’s followers on Instagram and Twitter stands at 210 million, so no wonder when the duo appeared at Zvartnots International Airport in the capital Yerevan they had to be rushed to the presidential exit to escape paparazzi and hundreds of fans.

Kim and Kourtney arrived in Armenia together with their kids - Saint, Psalm, North, Chicago, Mason, Penelope, and Reign. Although the Kardashians’ mother, Kris Jenner, is of Irish, Dutch, English, and Scottish descent, their late father Robert Kardashian was Armenian. The reality stars decided to baptise their kids, except for Kim’s North, who was baptised four years ago in Israel, in the Mother See of Holy Etchmiadzin, which is one of the most ancient Christian cathedrals in the world. Father Vahram Melikyan, director of the information department of the cathedral, said that there was no special ceremony and the Kardashians were treated like all other families.

This is the second time that Kim Kardashian travels to Armenia. Together with her sister Khloe, she paid tribute to the victims of the Armenian genocide in 2015. That year marked the 100th anniversary of the tragedy.

Today marks the 100 year anniversary of Armenian Genocide! I am proud to now say I have been to Armenia. I have seen the memorials and the people who survived and I am so proud of how strong the Armenian people are! I am saddened that still 100 years later not everyone has recognized that 1.5 million people were murdered. But proud of the fact that I see change and am happy many people have started to recognize this genocide! We won't give up, we will be recognized by all soon! #NeverForget #ProudArmenian ♦️🔷🔶

Since then, she has become quite involved with Armenia. This week, Kim will attend the 23rd World Congress on Information Technology in the country. In September the 38 year old socialite announced that she wants to move the production of SKIMS underwear to Armenia in order to create jobs in the impoverished country.

I will be visiting Armenia in the next 2 weeks and hope to seek ways I can help increase trade and hopefully create jobs for Armenians which includes @skims production there in the future. @ANCA_DC