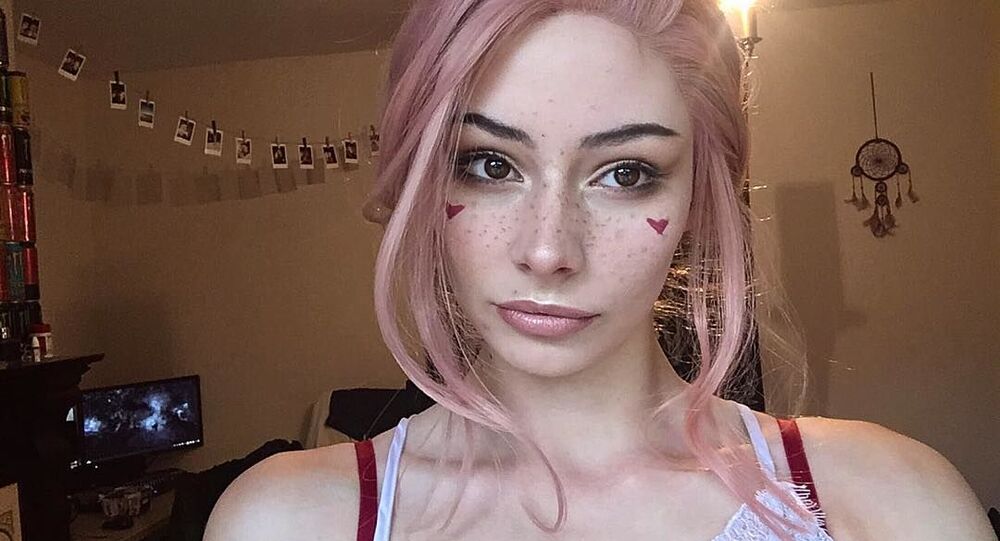 Cosplay model Belle Kirschner, who made headlines this summer with her unconventional venture, has gone off radar recently, with some of her fans accusing the viral star of scamming them as she has failed to provide new content on the online crowdfunding platform Patreon. However, another pink-haired Twitch darling could fill this void.

Streamer Caitlin Harley, known on the gaming platform Twitch as “Zayka Princess”, is gaining more and more followers both there and on Instagram due to her resemblance to the notorious gamer girl Belle Delphine, the website Dexerto, which covers blogging and Internet news, reports. As the gaming outlet points out, the 21-year-old from Ireland not only has the same pink hair, but also has a similar style and photos to Belle Delphine’s, who became known far beyond the gaming community for selling jars of her own bathwater.

The website cites the stats by unofficial tracking website Twitchmetrics, saying that Zayka Princess, who already has almost 8,000 followers on Instagram, has amassed more than 1,000 Twitch subscribers since she joined the gaming den at the end of July. The rising Twitch star, however, denies that she was the bathwater-selling gamer girl’s fans or that she copies the infamous blogger, rhetorically asking Dexerto, who contacted her, if they had concluded that “any girl with pink hair on the internet is Belle Delphine or worships Belle Delphine".

Posting this here instead of my story 🤷🏼‍♀️

The pink-haired streamer is rising while her more famous “doppelganger” Delphine has been off the radar since August, when her Instagram page was blocked, much to her fans’ disappointment.

She has even come under fire from angry supporters who paid for exclusive content from her on the subscription platform Patreon. As one of the donors in her $50 Patreon tier revealed in September, she “hasn’t added her paying patrons on [Snapchat] for all of August and most of July or posted on it”. He also complained that Delphine “hasn’t been active at all or fulfilling the promises to her patrons that pay for the $1,000 tier”. Her account on Instagram, which had a whopping 4.5 million subscribers and is speculated to be blocked for close-to-pornography content, has still not been restored.

She disappeared from the public eye shortly after uproar around her controversial business venture to sell her own bathtub water. Although it seemed absurd to many, the 19-year-old, who calls herself a gamer girl, actually sold 500 jars at $30 each. Admitting that it was initially conceived as a joke, she told Metro that she found the idea funny, adding that she had to stop, as “she can’t actually take enough baths, and it [her bathwater] has sold out!”

YouTuber Reveals What Could Have Happened to Belle Delphine