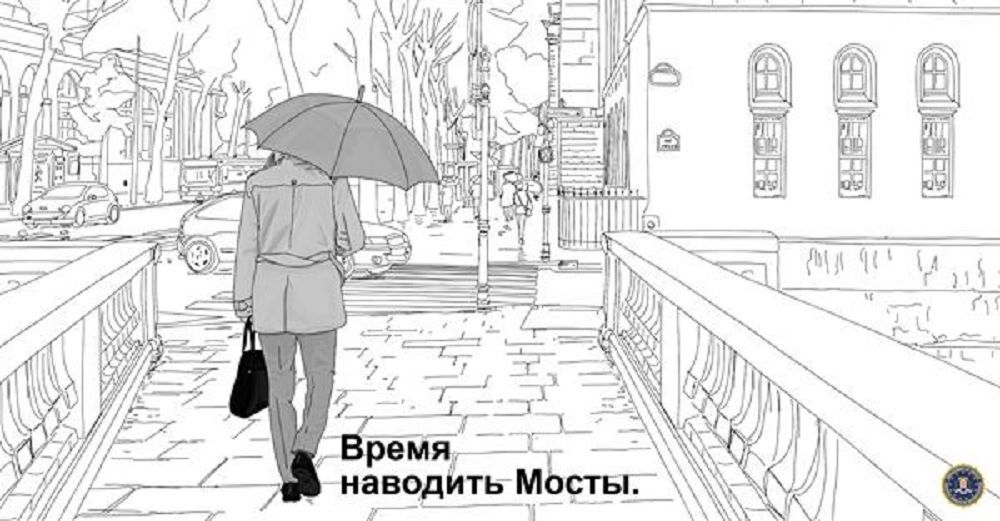 The ads, ostensibly designed to recruit Russian speakers to "fulfill the FBI's mission," caught the attention of Russian media and internet users after it was discovered that they contained several spelling and punctuation errors.

The US Federal Bureau of Investigation has produced a series of three Russian-language Facebook ads for its Washington Field Office counterintelligence programme.

The ads feature a) a scene of a man walking over a bridge with the text reading “Time to build Bridges.” b) an image of a chessboard with the text “Isn’t it time for you to make your move?” and c) a photo of a college grad and her parents and the text “For the sake of your future and that of your family!”

Clicking the ad takes you to the contact page of the FBI’s Washington field office, which features a message, in English and Russian, urging anyone with who may have information which can help the FBI “fulfill this mission” to “visit us in person.”

The ad campaign, which went live on September 11, has since garnered the attention of Russian-language internet users and media. Users and media immediately picked up on the odd phrasing, capitalisation and outright grammar mistakes in the ads’ Russian language messages, with one outlet going so far as to suggest, perhaps in jest, that “potential informers are being tested for literacy.”

On social media, some users took the ad campaign more seriously, with multiple Twitter commentators saying it reminded them of the old Nazi propaganda posters and leaflets spread on the occupied Soviet territories during the Second World War promising "good treatment" for anyone who surrendered.

Others suggested that the FBI was advertising in the wrong place, saying they should have put their ads on Odnoklassniki or VKontakte, two popular Russian alternatives to the US social media giant. Others still suggested the FBI was wasting its money, since all its snitches ‘do their snitching in English,’ anyway.

According to a 2011 US census survey, the Russian-speaking population in the US had nearly quadrupled over the previous three decades, from about 173,000 in 1980 to over 854,000 in 2010, with most of the new speakers immigrants who arrived in the US after the collapse of the Soviet Union.