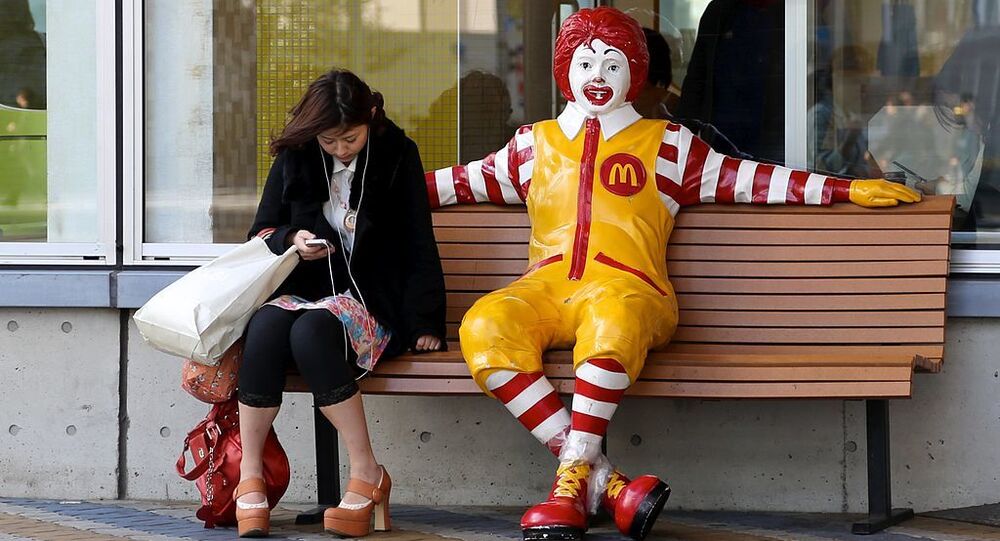 Despite its apparent resemblance to McDonald’s promo material, the advert was actually made by a completely unrelated Japanese izakaya chain.

A bizarre-looking image which, at first glance, might be mistaken for a McDonald’s advert has apparently left quite a number of social media users shocked and puzzled as it started circulating online.

The ad features a rather unusual depiction of a clown resembling McDonald’s iconic mascot, Ronald McDonald, clad only in briefs and proudly displaying his six-pack to onlookers, with a bunch of French fries sticking out of his underwear.

​As the picture spread across social media, many netizens seemed put off by the ad, wondering aloud how such visuals might whet anyone’s appetite.

Well, that's a diet aid. It will be a long time before I even think about french fries again.

I thought Japanese where principled and disciplined people...nothing raunchy about that ad ...it’s a yuck 🤢

Some even speculated that the ad might serve a different purpose rather than promoting a fast food outlet.

The Japanese has one goal...to make more babies. That is the reason behind this ad.

As the Daily Mail points out, however, the image in question isn’t some kind of McDonald’s promo but actually is an ad for Yotteba, a Japanese chain of izakayas whose name is clearly visible on the picture.

The newspaper also noted that the Ronald McDonald art featured in the ad is a reproduction of a work of New York City-based artist Wizard Skull, while the text in Japanese says “Of course, we serve them in Yotteba’s original container.”