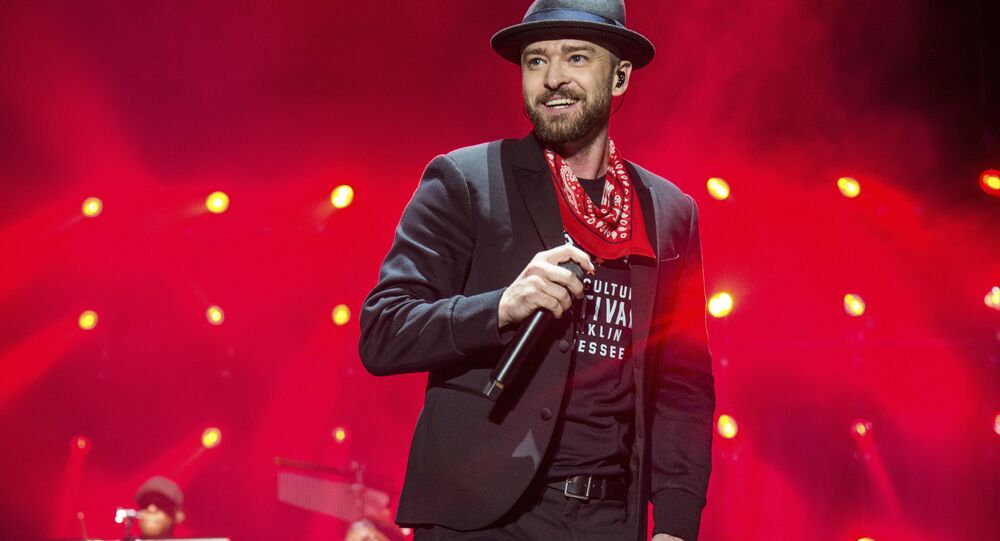 Ukrainian prankster Vitalii Sediuk has gained a reputation for his escapades on red carpets all over the world, with many a celebrity falling victim to his hijinks.

As he was striding into the Louis Vuitton Spring Summer 2020 show at Paris Fashion Week on Tuesday, hand in hand with his wife Jessica Biel, Timberlake, 38, was grabbed by Sediuk, who had been crouched on all fours in the crowd.

The notorious prankster, 30, leapt out to clutch the celebrity’s right ankle as he walked into the event.

Photographs showed the prankster – formerly a Ukrainian television reporter - covering his face and gripping Timberlake’s leg before he was pulled away by a security team.

While the couple seemed concerned and confused over Sediuk’s stunt, a source told People magazine that Timberlake he wasn't harmed in the Paris Fashion Week prank.

“He was not attacked. This is just getting blown way out of proportion. Justin’s fine, the guy just touched his leg,” the source reportedly said.

A representative for Justin Timberlake did not comment on the incident.

Netizens weighed in on the incident, with many Twitter fans not amused, berating the prankster for “assaulting” stars:

Vitali Sediuk is not a "prankster". He ASSAULTS celebrities for the fame. He is a criminal not a prankster.

Some fans expressed concern for the prankster:

​YouTube fans also took a dim view of the incident, with one user under the name of “hutch” posting:

“And what exactly is the point of this "prank"? What if he had fallen and hurt himself or knocked somebody else down and hurt them? Is that what passes as humor these days? This is not a prank. It's assault. Just because he's famous or you don't like him, doesn't make it okay.”

“What a way to ruin someone's night”.

Ukrainian prankster Vitalii Sediuk is well-known for crashing red carpet events and seeking physical contact with celebrities, with incidents on red carpets all over the world including Moscow, Los Angeles, Paris and France.

His hijinks range from hugging the crotches of Bradley Cooper and Leonardo DiCaprio, to attempts to hug Brad Pitt, and kiss Will Smith.
Sediuk even gatecrashed the 2013 Grammy Awards, jumping up on stage beside Jennifer Lopez and Pitbull.

Although mostly escaping punishment, after the Brad Pitt incident, when he caused the actor to lose balance, Sediuk was arrested, spent two days in jail, and was sentenced to three years of probation and a year of psychiatric counselling.

Sediuk once told the Associated Press:

Ukrainian Prankster Reveals Why He Stormed US Music Awards

Ukrainian Media Prankster Avoids Jail, Given Probation in US