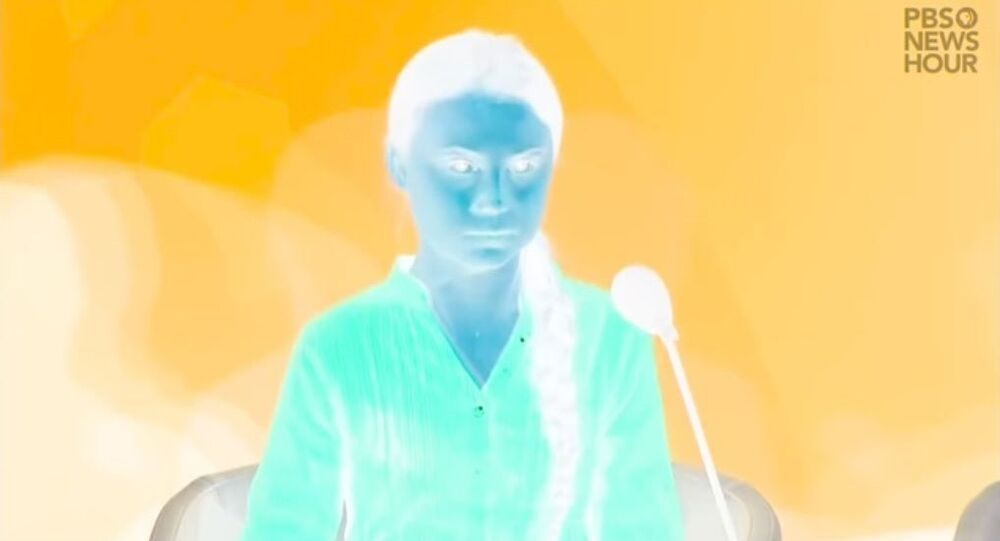 Despite the humorous attempt to defuse her doomsday rhetoric, the Greta Thunberg-inspired climate movement "Fridays for Future" continues to grow.

The heavy and apocalyptic-sounding clip, based on Thunberg's performance, was churned out by musician and YouTuber John Mollusk, drummer and guitarist for thrash metal band Suaka. Mollusk was reportedly inspired by Thunberg's notorious quote “I want you to panic”.

His new song replicates the 16-year-old activist's recent speech, including catch phrases such as “How dare you” and “We will never forgive you,” with added death metal growls and unsettling guitar riffs.

Hello Twitter! I made this video and it went viral. https://t.co/yJuVIBbAfb

​In the comments section, Mollusk was credited with creating a new sub-genre; suggested titles included eco-death metal and climate core. Some connoisseurs even caught vibes from death metal classics such as Cannibal Corpse, while others suggested it was not unlike Fear Factory.

Last but not least, the song was praised by Thunberg herself, who shared it on her Facebook page and pledged to be doing “death metal only” from that moment on.

While most of the public seemed to appreciate the joke, the popular movement Fridays for Future, inspired by Greta Thunberg's once-solitary protests when she walked away from school to demand more pronounced climate measures from the government, continues to gain momentum.

In her native Sweden, where Thunberg is not only a celebrity and a media darling, but an authoritative figure, entire schools have joined her movement. The past Friday, Västangårds School in the city of Umeå arranged a climate manifestation, encouraging all pupils to participate which many perceived to be a violation of law.

“It is a scandal of proportions! To begin with, it is wrong to strike at school time. But what makes it even more serious is that teachers and school management obviously force students to strike. It is completely injudicious of the adults. What will be the next step? Will all students be forced to attend the demonstrations on 1 May, just because the school management thinks it is a good idea?” Anders Ågren of the Moderate Party told the local news outlet Nyheter i Västerbotten.