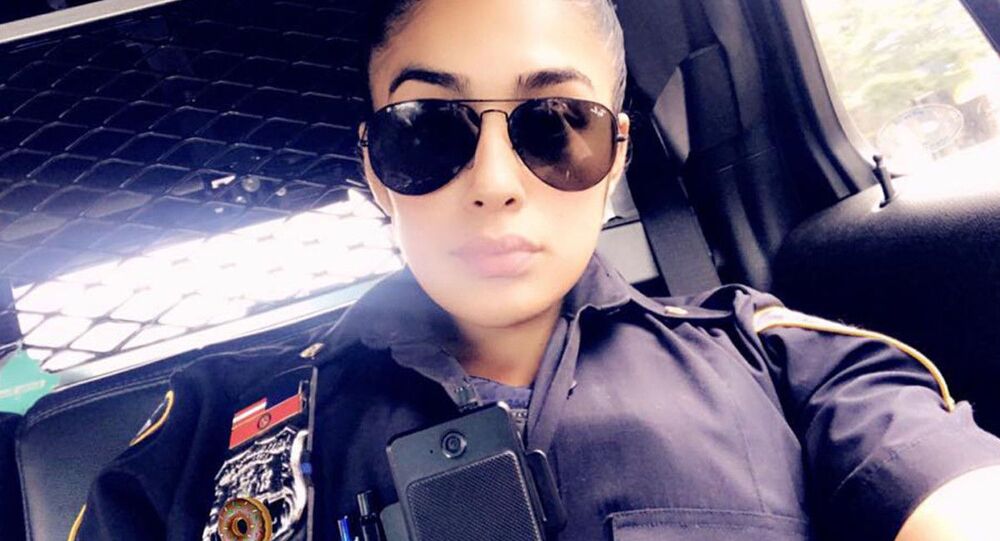 The distribution of explicit images without individual permission is considered to be a criminal practice in many countries; however, this does not necessarily protect social media users from falling victim to illegal actions of their close ones.

Nude pictures of a woman who reportedly looked similar to Villeda and who was mistaken for the officer, earlier started circulating around the Internet, forcing the policewoman to appeal to her Instagram followers and address the instances of cyber-bullying.

The policewoman, who has been working in the Bronx's 43rd Precinct for less than two years, reportedly posted the images on her Instagram account, which now seems to be deleted, with a comment “whoever is saying this is me is so wrong!”

"I've never in my life had my belly pierced, I've never owned a pink iPhone and I have curly hair!!” Villeda reportedly said in a post as reported by the NYP. "You don't know if I have a boyfriend or family! You guys are so wrong for this!"

The officer then admitted that she felt sorry for the girl whose picture was circulating on the Internet, adding that if she was “posting this, it's because this is never something I do".

The media claims that in the next post, the officer also wrote that the “saddest” part of the incident was that it was her own “Blue Family” or police officers who had started spreading the photos.

"For the police officer who started this all, God bless your soul”, the post read, before continuing “You must be a miserable person to try and bring another one down through lies, and yes I'll gladly say it's a cop so people can see and know how embarrassing it is when it's one of your own trying to tarnish you through false statements".

The distribution of the sexual images or videos of individuals without their permission is called revenge pornography and is considered to be illegal in New York, with some offenders possibly facing prison sentences if found guilty.

A spokeswoman for the NYPD told the newspaper that the case is currently being internally reviewed.