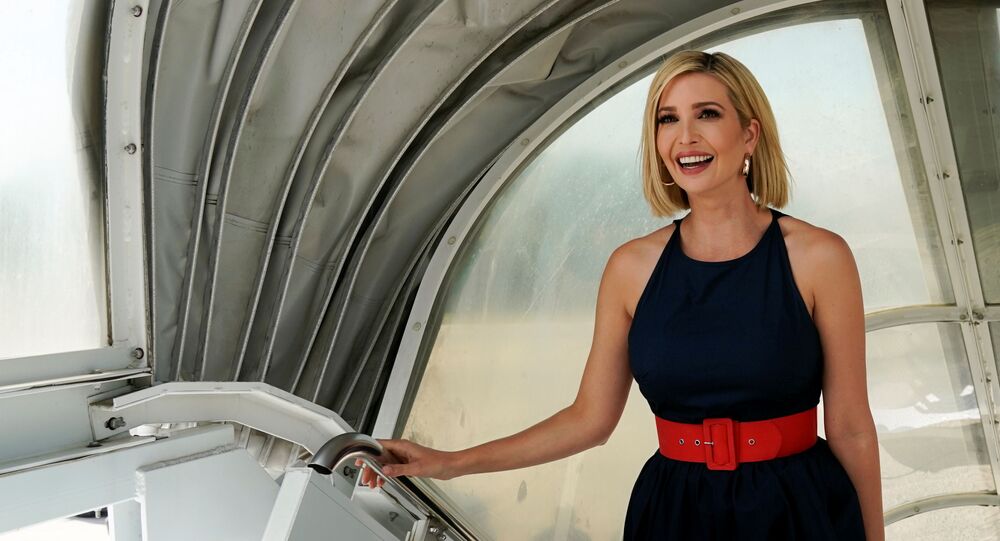 Previously, Ivanka Trump’s chic business look for the UN General Assembly suffered a major flaw as many were left guessing if she had forgotten to wear a bra, as evidenced by the fact that a seemingly distinct outline of her nipples was visible under the thin blue shirt she was wearing.

An old Donald Trump tweet where he shamed a congressman for his “nipples protruding” in a blue shirt has resurfaced after his daughter Ivanka suffered an unfortunate wardrobe setback on 23 September while attending the UN General Assembly.

Ivanka Trump, 37, was wearing a long-sleeved blue blouse but as her nipples protruded through the thin fabric, speculation surfaced as to whether she had forgotten to put on a bra.

As netizens hit social media to comment on the “braless” escapade at the high-profile event, in an odd twist of history, an old Donald Trump tweet was resurrected, dated 2011, when her father shamed a gay male politician for having the same thing happen to him.

​Now the tweet is back to haunt the president, as twitter fans have shown a creative approach to the similarity of the incidents, with comments and side-splitting memes.

For full context. You can't make this shit up. pic.twitter.com/IsbL0K7sDs

Well this is awkward. pic.twitter.com/gfCEE3X52Y

Ivanka Trump vs Barney Frank. Who wore it best? pic.twitter.com/FTy1h2zPUO

It must be the curse of the blue shirt.

​Many people remarked that it was no wonder this old tweet had resurfaced, considering Donald Trump’s history of tweeting about everything.

In Dec. 2011 Trump tweeted "Barney Frank looked disgusting - nipples protruding - in his blue shirt before Congress. Very, very disrespectful"@realDonaldTrump - remember the days when nipples were top of your list of concerns?

Ah, when life was simple......#MuellerIsComing