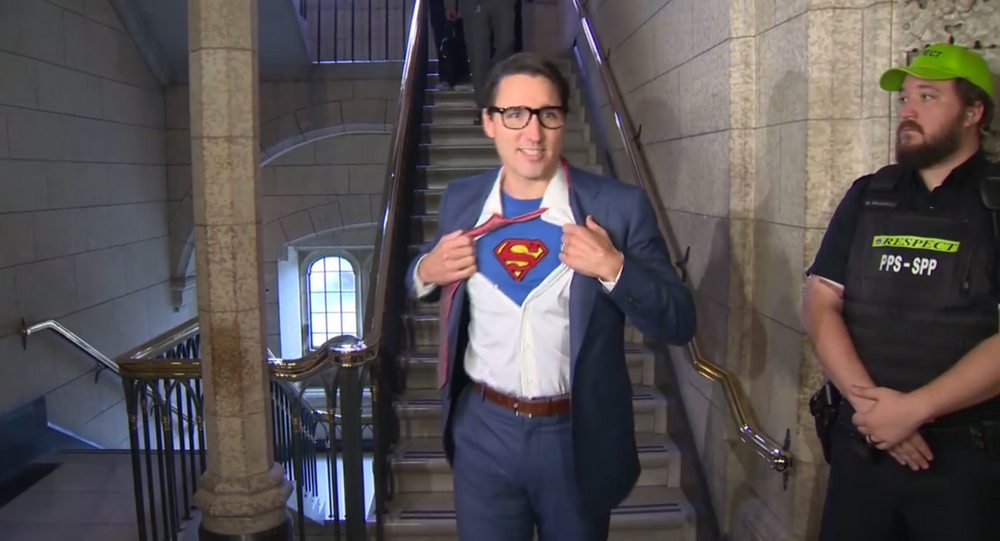 The Canadian prime minister is trying to overcome a reputational disaster after several pictures and a video of him wearing blackface makeup, considered to be a symbol of racial stereotypes, were obtained by the press. Meanwhile, some seized the opportunity to score some publicity points from the scandal.

British comedian Lenny Henry has reportedly introduced himself at a Royal Television Society event in Cambridge by saying: “Hello, I’m Justin Trudeau”, The Independent reports. The joke, referring to the recent scandal around Canadian PM Justin Trudeau’s blackface gaffe, was applauded online after a journalist present shared it on Twitter.

​The post received over 3,000 retweets and 19,000 likes, while hundreds of netizens could not keep their emotions in check and praised Lenny Henry’s wits in comments.

Live in Canada. This is hilarious.

I am honestly in ribbons, so fucking funny

That’s the first funny thing I have heard from Lenny Henry in 30 years.

​Trudeau, considered to be a liberal sweetheart and champion of minorities’ rights, has been forced to fight off accusations of racial insensitivity after a photo of him wearing “brownface” during an “Arabian Nights”-themed party in 2001 was published this week. Several other pictures and a video of the Canadian PM wearing blackface makeup emerged later, forcing Trudeau to call a press conference to address the new revelations and once again apologise for his “microaggressions” towards minorities. Trudeau stated that it is obvious that this is something that was deeply regrettable and offered his apologies to the public.

“The fact is, I, I didn’t understand how hurtful this is to people who live with discrimination every single day. I have always acknowledged the fact that I come from a place of privilege, but I now need to acknowledge that that comes with a massive blind spot", he stated.

Trudeau's Blackface History: Do Not 'Color' Us Shocked