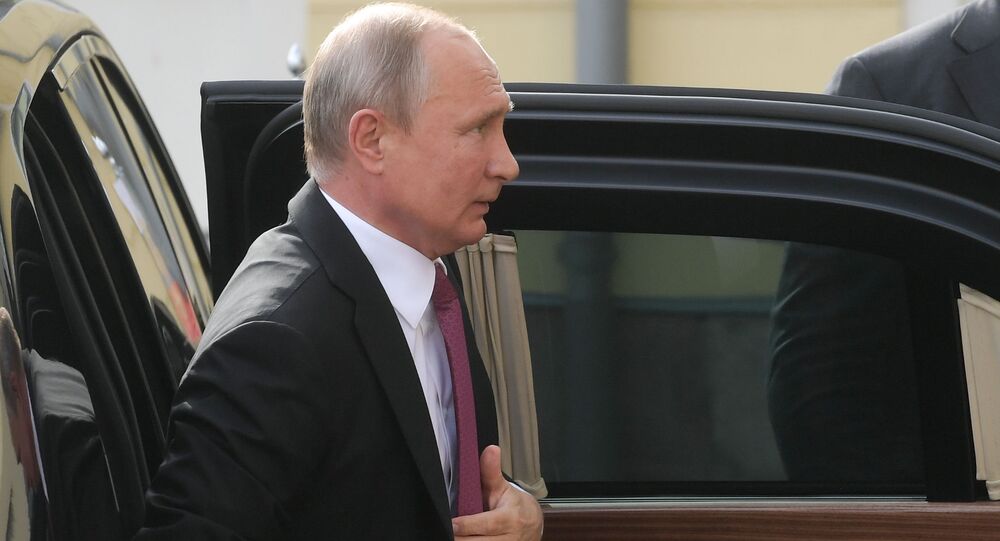 So-called deepfakes are getting more and more sophisticated, with commentators voicing fears that the technology, which started with online pornography, could impact the political realm and take fake news to another level. A new tool presented by the Massachusetts Institute of Technology already allows for the production of fakes on the spot.

MIT Technology Review Editor-in-Chief Gideon Lichfield transformed himself into Russian President Vladimir Putin to demonstrate new deepfake real-time technology at the Institute’s EmTech conference, hosted by MediaLab. The journalist turned the presentation into an improvised interview, in which he played both parties. A video featuring the stunt was published on MIT Technology Review’s Twitter account.

​After asking a question, Lichfield rushed to a booth to respond as the Russian head-of-state. The show was dedicated to the highly chewed-over topic of alleged Russian interference in the 2016 US election. Moscow has vehemently denied such accusations, while the only 'evidence of Russian meddling' in the 2016 campaign, featured in special counsel Robert Mueller's investigation report, amounted to allegations of a Russian internet troll farm's campaign of influence, whose own effectiveness and even existence have been extensively challenged and debunked.

Lichfield and fake Putin then discussed Moscow’s supposed meddling in the upcoming 2020 US presidential vote. However, the deepfake, who spoke in Russian with a thick American accent, could hardly be called a very realistic forgery of Russia’s president, even though he bore a certain resemblance with Vladimir Putin.

The potential dangers of deepfakes, which is a portmanteau of the terms “deep learning” and “fake”, have already raised concerns among politicians and security experts. One of them is Virginia Senator Mark Warner, who cautioned in an interview with CBS that the prospect "that someone could put another person's face on an individual's body, that would be like a homerun for anyone who wants to interfere in a political process”.

"This is now going to be the new reality, surely by 2020", the senator added.