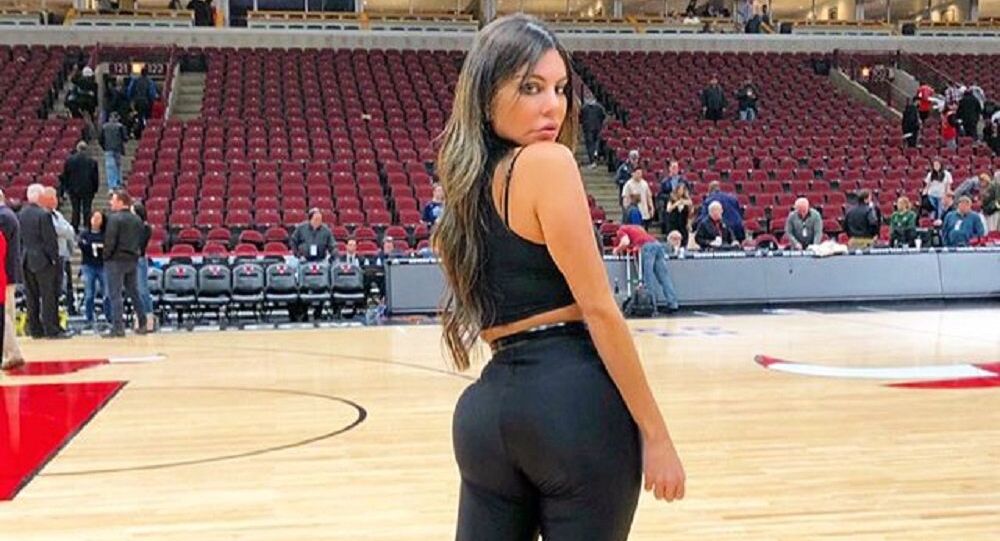 Liziane Gutierrez, a model who sued Chris Brown, has defied North Korea's strict laws by stealing a soldier’s hat and taking some provocative photos in a Pyongyang hotel.

While visiting the Mansu Hill Grand Monument in Pyongyang, where there are giant statues of Kim Jong-il and Kim Il-sung, the current leader’s father and grandfather respectively, she flouted a selfie ban – the rules forbid visitors from photographing either leader’s statues or taking selfies with them separately. However, Gutierrez, 33, was posing naked in her hotel room mirror, not far from the monument.

yes this pic was taken in North Korea and everything about my trip you can read at my interview to Mirror.Uk When I decided to do a travel collaboration to North Korea to help to show to people that’s nothing to be scared about to traveling out there, I didn’t know that I would have so much fun ( okay I took the fun part too serious) lol I’m going to start to post all the craziness about my trip; are you ready? Lol Credit: pics and video Michael Havis- Pen News @dailymirror https://www.google.com/amp/s/www.mirror.co.uk/news/world-news/model-risks-arrest-north-korea-20087275.amp Finalmente rs vou começar a postar sobre a minha viagem para a Coreia do Norte. Como divulguei nos meus stories, fiz essa viagem em parceria com uma agência de viagens para ajudar a desmitificar o que as pessoa pensam em relação a Coreia do Norte. Só não sabia que iria me divertir tanto lá rsrsrs Coloquei aqui o link de uma entrevista exclusiva que eu dei pro Mirror.Uk #northkorea #nk #coreiadonorte #funtrip #kimjongun

A pic that could cost me 15 yrs in jail in #northkorea why I took? I have no idea 🤷🏽‍♀️

This is not the only act that could have led to her imprisonment in North Korea, Gutierrez told the Mirror. She had drunkenly stolen a soldier’s hat while he was in the toilet during a train journey from North Korea to China and posed wearing it for a selfie.

Liziane said the soldier whose hat it was hadn't even realised what had happened as she put it back before he exited the bathroom, while other riders who were with her on the train called her crazy. 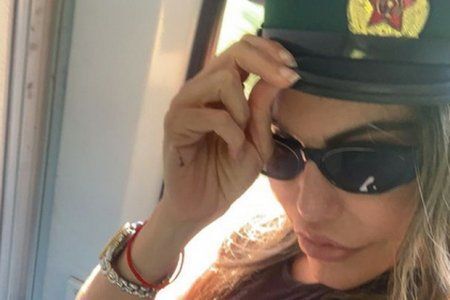 In another clip filmed after the event, she said: "If I was sober, I would never do that. Never, ever."

When passing immigration before entering China, Liziane was horrified when North Korean border guards demanded to inspect her photos before she could leave the country, saying that she was sweating when they were looking at her phone.

“I started freaking out because I didn’t realise, until that moment, that all my pictures, everything that I was doing would be seen. I was extremely nervous because I could end up in jail. I was very lucky that they didn’t check the album containing all the pics I took there,” she said.

The model insists she had no intention of being disrespectful.

“I loved North Korea and I’m going back for sure. The people are super friendly, the drinks are very cheap, and from what I saw of North Korea it’s a very nice country,” she said.

Foreigners can only visit North Korea on guided tours, where they are shown a sanitised version of what life is like in the country and banned from exploring unaccompanied.

Model Found Dead in Lobby of Apartment Building in Bangkok

‘F**k PewDiePie, I Hate Him’: Model Trisha Paytas on Foul-Mouthed Rant Against YouTuber