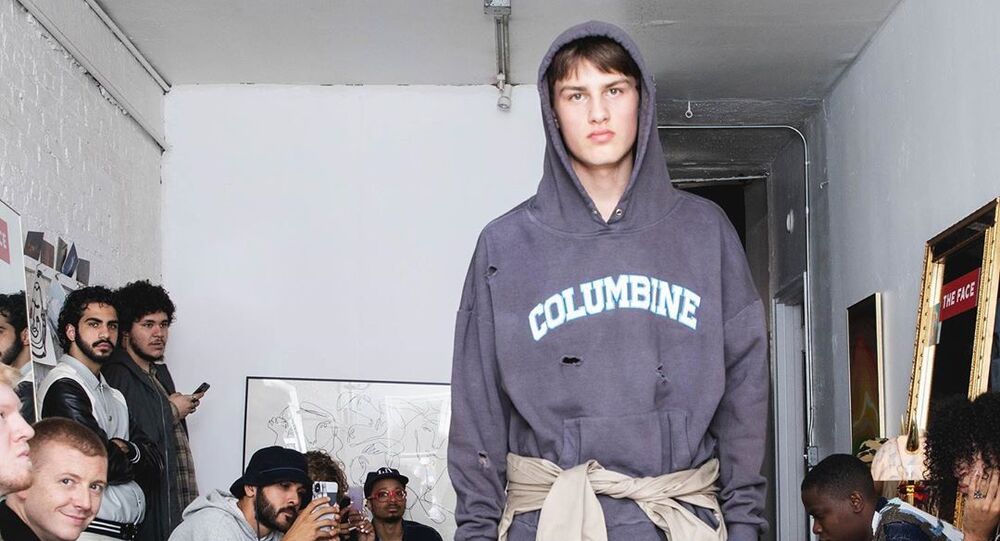 Streetwear design house Bstroy is currently facing strong criticism from members of the public who found the brand’s latest collection with distressed and bullet-like holes to be appalling and insensitive.

New York-based menswear design brand Bstroy has faced a massive social media backlash following a presentation of its new collection that featured a series of sweatshirts with the names of US schools where deadly shootings have occurred in the past.

Each sweatshirt, presented as a part of the 2020 “Samsara” collection, was not only imprinted with the name of a school that has experienced a mass shooting - Columbine, Sandy Hook, Marjory Stoneman Douglas, and Virginia Tech – but was also deliberately embroidered with circular cut-outs resembling bullet holes.

The brand has experienced strong backlash from the public since publishing the runway promos, displaying the clothes on its Instagram account, with some survivors of the massacres and other social media users finding that efforts to “monetise off” tragedy “appalling”.

“I would just like to say, what actual the hell is wrong with you. Goddamn monetizing off a school shooting. Disgusting”, wrote Kyle Kashuv, who, according to The Hill, survived the school shooting at Marjory Stoneman Douglas High School in Parkland in 2018.

“My dead classmates dying should not be a f***ing fashion statement”, a user named Karissa Saenz wrote.

“Why on earth would you try to profit off of other people's pain. They don't have their child or loved one anymore. Shame on you. Your just callous”, wrote another Instagram user.

“Disgusting!!! Whoever made these t shirts should be ashamed of themselves!!!! These Poor children were murdered and u made a t-shirt with the name of the school they were murdered in to get dosh”, was one of the comments made.

However, some social media users noted that the “hoodie did its job” by attracting public attention to the brand.

“Sandy hook hoodie with the bullet holes. Any attention is good attention”, one wrote under the “Sandy Hook” sweatshirt photo.

However, even more criticism occurred when Bstroy founder Brick Owens indirectly addressed the public's concerns by making an Instagram post on Monday, where he explained that the name of the collection “Samsara” - which can be translated from Sanskrit as “wandering” or “world” - should be linked to the idea that “sometimes life can be painfully ironic”.

“Like the irony of dying violently in a place you consider to be a safe, controlled environment, like school”, read the statement written on a piece of paper Owens was holding. “We are reminded all the time of life’s fragility, shortness, and unpredictability yet we are also reminded of its infinite potential”.

“Nirvana is the goal we hope to reach through meditation and healthy practices that counter our destructive habits. Samsara is the cycle we must transcend to reach Nirvana”, the statement said.

Instagram users were nevertheless not satisfied with Owens’s explanation, finding it “completely false and lazy” and still branding the collection “extremely insensitive to the victims and the families of victims”.