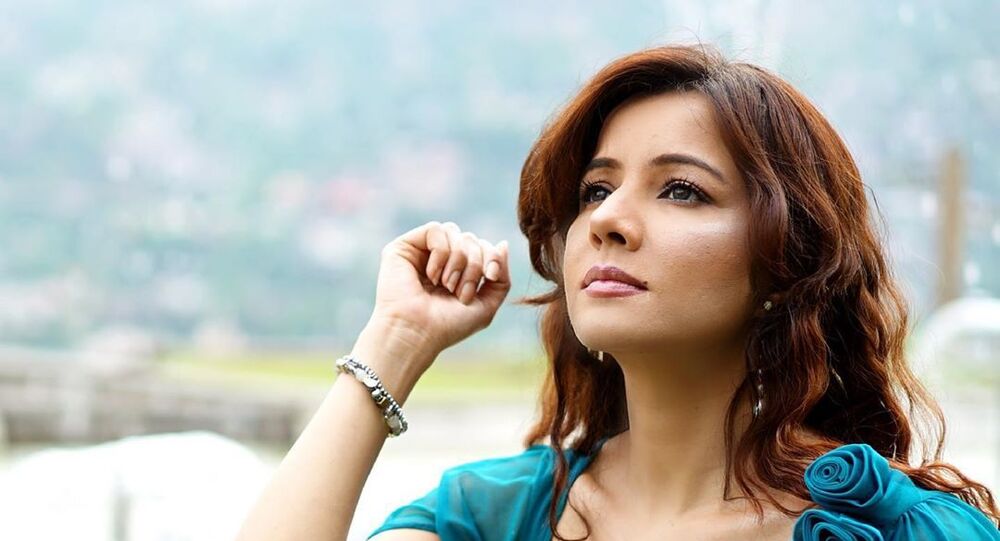 Pakistani singer Rabi Pirzada, who has an uncanny fascination for snakes, is a native of the Pakistan-administrated part of disputed Kashmir and has vocally criticised New Delhi’s decision to integrate part of Kashmir under its control.

Rabi Pirzada, a Pakistani pop singer and TV host, has lashed out at the local wildlife protection agency after a viral clip of her posing with snakes and an alligator and threatening to set them on Indian Prime Minister Narendra Modi landed her in legal hot water.

The singer’s video, originally posted on her YouTube channel on 2 September and subsequently picked up by local TV, showed her cradling a gigantic snake as she berates New Delhi for revoking Kashmir's autonomy, and lashes out at Narendra Modi personally for “harassing Kashmiris”.

“See what I have prepared for you. So get ready to die in hell. Okay? And these friends of mine will feast on you,” says the singer in the clip, which was allegedly filmed in her beauty salon in Lahore, the capital of Pakistan’s Punjab province.

The viral video has racked up almost 100,000 views, hitting headlines in both Indian and Pakistani media.

However, after it came to the attention of the Punjab Wildlife Protection and Parks Department, an inquiry was launched into the performer for keeping the exotic animals at her salon, reported Ajaa News.

Since the Pakistani Wildlife Act prohibits keeping animals like these as pets, official Sohail Ashraf said, as quoted by Pakistan’s News International, no permit exists that could be obtained to legalise their ownership.

Pirzada is now facing a fine and up to two years in jail for violating the law.

The singer is convinced it wasn’t the wildlife concerns but rather her Modi tirade that generated her legal woes.

“For all those sick minded who r reminding me to get Lisence, where was wildlife before my threat to Modi? Can’t u see y they did this,” she tweeted on Saturday.

​Pirzada, a native of the Pakistan-administrated part of disputed Kashmir and daughter of an army officer, has not hesitated to spout vocal criticism of India’s move to integrate part of Kashmir under its control, and recently staged a “Save Kashmir” rally.

Pirzada claims that she has always been fascinated with snakes, which are “better than so many friends who are there to betray you”.

The authorities are now seeking to locate the reptiles and hand them over to local zoos.