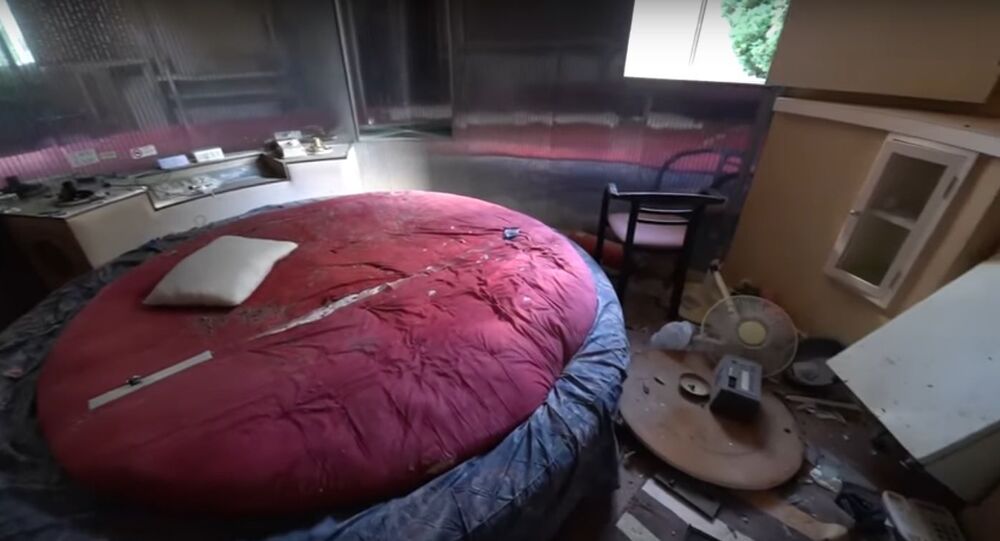 Although the industry of hideaways for lovers has been in decline in Japan for years, some of these abandoned love nests, where couples once sought privacy, are still well-preserved and offer urban explorers a sneak peek into the time of their heyday.

Urban explorer Bob Thissen has come across what he describes as “the biggest and most high-end love motel” he has ever seen in Japan, the Daily Mail reports. According to the outlet, he discovered the “gem” from a by-gone era on the Japanese island of Honshu and was struck by its well-preserved maze of rooms with bizarre interiors.

“This place had the craziest rooms I’ve ever seen, including moving UFO beds, a rotating merry-go-round bed, a bondage room and many more”, he told the outlet, refusing to give up its exact location, citing fears it might be destroyed or vandalised.

As the blogger explained, in Japan “multiple generations will often live in the same home so it can be difficult to get some much-needed privacy”, so many went to these locations which are quite common in Latin America and Asia.

According to Thissen, the layout of the building was designed to provide the guests and their partners maximum privacy. The visitors could get into their hideaway unnoticed through a garage door, reach the reception via telephone and send them money for the services via a special tube.

“You didn't have to see anyone other than your partner for your whole stay. Rooms could be rented for a whole night but also for only an hour or two”, he explained.

The self-professed urban explorer said that the discovered love motel functioned during the Showa period under Emperor Hirohito, whose death in 1989 marked the beginning of the end for such establishments as it became difficult to open and run them.