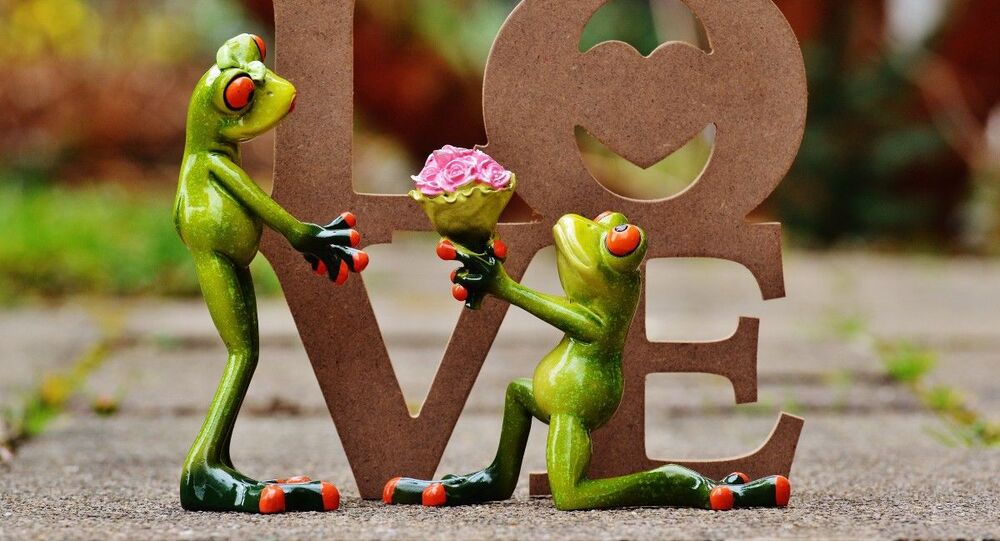 New Delhi (Sputnik): A frog couple recently married to invoke rain in the India city of Bhopal as part of a traditional ritual to appease the Rain Gods, appears to have backfired forcing people to now separate them. The need arose after the city received its heaviest downpour in 13 years.

The frog couple was divorced in an elaborate ceremony performed at a temple about two months after being married. The bizarre incident has left millennials in splits while some are calling it “animal cruelty” and “barbaric”.

The two were married on 19 July as part of an annual ritual to appease the rain gods which are widely believed to bring rains in the drought-hit regions, giving respite from the scorching heat.

But after the State received 26 per cent more rainfall than usual which led to the flood-like conditions in many parts of Madhya Pradesh, some residents decided to literally separate the amphibians amid the chanting of mantras by a Hindu priest at a temple.
The report of the incident left many people on social media amused and others a bit shocked, eliciting an array of reactions.

In a lighter vein, a user even compared it to the Islamic form of divorce known as Triple Talaq, which allows a man to divorce his wife by pronouncing divorce three times. The practice was recently banned in India.

The Hindu ritual of marrying frogs is usually performed in several villages of India, whenever a region faces a drought.