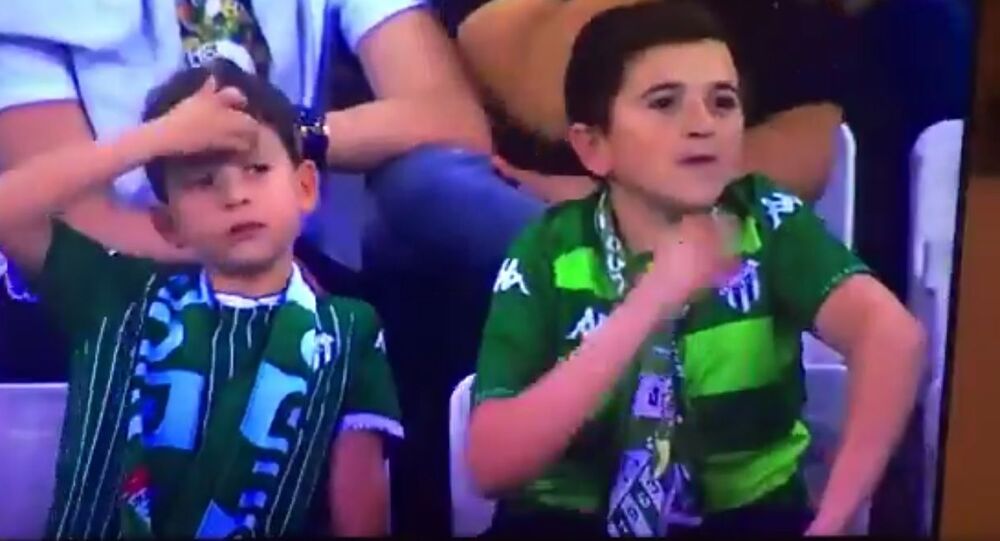 A short video showing a young man smoking a cigarette during a football match in Turkey has made the internet explode. However, as it turns out the smoking “boy” was in fact, 40 years old and was at the match with his child.

A charity football game between Turkish clubs Fenerbahçe S.K. and Bursaspor on Sunday turned out not only to be a celebration for sports fans but also the subject of a scandal after a camera spotted a "child" smoking before the match kicked off. The very youthful appearance of the smoker in question was misleading. He turned out to be the 40-year-old father of the young man sitting next to him as reported by local media.

Outrage started after a short video shared on Twitter showed a young Bursaspor fan wearing a green jersey and scarf, staring into the distance and puffing on a cigarette. The image left social media users angry and frustrated, especially since the match had been organised to raise money to battle against leukaemia, Down Syndrome, and autism.

The tweet’s caption reads “Fenerbahçe and Bursaspor match for children- look at the image” was one among many posts shared and subsequently deleted that caused outrage among football fans and Twitter users alike who condemned the adults at the game for ignoring the fact that a child was smoking.
Some users later commented, claiming that in reality, the boy’s name was Kenan and he was almost 40 years old. One man identified him as his former neighbour and explained that his appearance was “misleading” due to certain biological peculiarities.

​“The kid is Kenan. I know from our old neighbourhood, and he is maybe 40 years old. He is misleading in size and appearance, and he was a candidate for 1-2 deputies from Bursa / He had also been a candidate for the AKP in the parliamentary elections", a user named Aykut commented.

“The child was 36 years old -false announcement", wrote another user sharing a picture where it was clear upon closer examination that the “kid” was indeed much older than it was first assumed.

The image nevertheless managed to make its mark on social media with many users mocking it in Turkish such as: “I have never seen another smoker as pleasant in my life” or “you said you’d quit smoking”.

​While the Bursaspor fan should be pleased that the game ended with a win for his club, he might still face legal action as smoking in public places – including sports stadiums – is banned in Turkey and can carry a fine of up to $12.