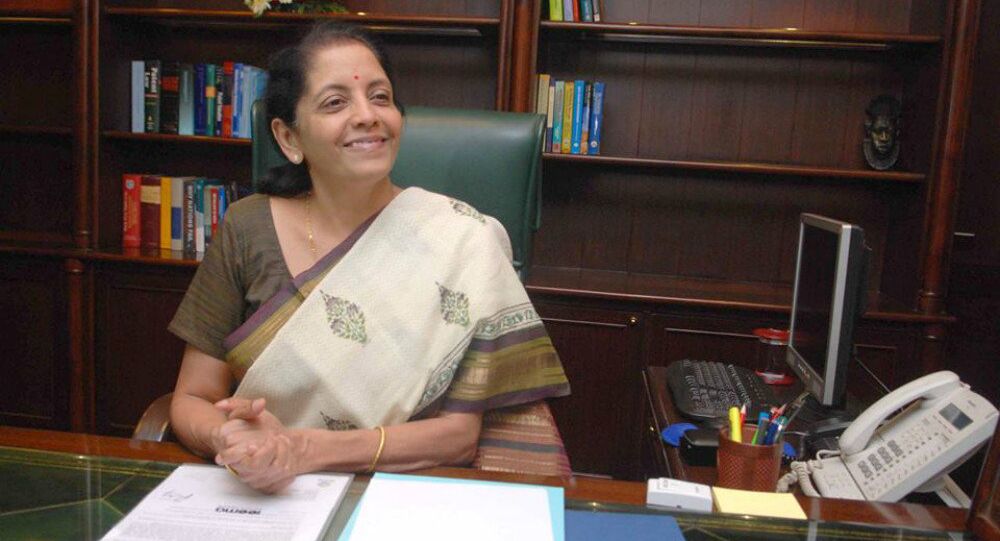 New Delhi (Sputnik): Indian Finance Minister Nirmala Sitharaman became a target of extreme trolling after blaming the “mindset of millennials” for the slump in the Indian auto sector.

"Some studies tell us [that it is the result of ] the mindsets of millennials, who now prefer not to commit to an EMI to buy an automobile and instead would prefer to have Ola or Uber or take the metro," the minister stated on Wednesday during a media interaction in the Indian city of Chennai.

The minister made the remark commenting on statistics that showed that the Society of Indian Automobile Manufacturers (SIAM) had experienced a dip of 31.57% year-on-year (to 196,524 units) in August.

Millennials, however, were not happy with the minister's accusations and were quick to object with an avalanche of reactions on Twitter.

One should know that when there is no job or least money to spend in the hand of common people how they can spend in depreciating assets like automobile.#LameExcuse

When you you don’t understand to utilize 800 millions of unproductive strong hands of age group of 25 to 45 years in our country, how do expect the industrial or GDP growth.

Car sales down because millennials are using Ola and Uber.

Going by the above logic, why is there no decline in #NirmalaSitharaman's comical excuses even when millennials prefer Netflix and Amazon Prime for entertainment?

Several Twitter users shared jokes and clever plays on words related to the statement made by the minister, prompting #SayitLikeNirmalatai to trend on Twitter.

Tourism is down because people are seeing photos and videos of places online.#SayItLikeNirmalaTai

Dog biscuit sales are down because dogs are figure conscious these days. #SayItLikeNirmalaTai

Air India is having losses because millennials are using weeds to get high.#SayItLikeNirmalaTai

Others Tweeted hilarious posts, trolling the finance minister and resulting in a meme-fest on Twitter.

Dear #NirmalaSitharaman ji, Trucks aren't selling either & last I checked, Millennials do not ride/buy Trucks and yet there is a decline!

In contrast to what the minister had said, top industrialists Pawan Goenka and Rajiv Bajaj said that the crisis in the automobile sector is due to overproduction and stocking by companies