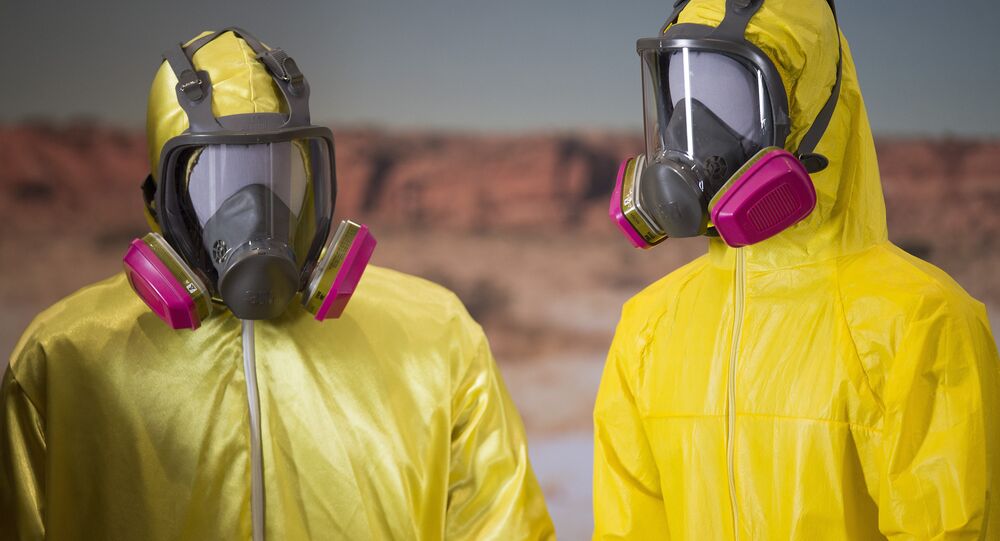 The man on the mugshot looks stunningly similar to the famous school teacher from a TV show who cooks and sells methamphetamine. Coincidentally, the man is also wanted for meth possession. But is it really a coincidence?

Illinois police are looking for a man wanted for methamphetamine possession who just happens to look like Walter White of the famous TV show Breaking Bad, played by actor Bryan Cranston.

The man, named Todd W. Barrick Jr, 50, seen on the released mugshot, sports a bald head, a goatee and glasses, just like the White character. While admittedly White had his goatee groomed, it has been six years since the show concluded in 2013.

People on social media think the mugshot of Todd W. Barrick Jr. looks like Bryan Cranston's character, Walter White, from the television show "Breaking Bad" and has people wondering if "Heisenberg is alive."https://t.co/7xH9VH1sf4

​According to the show script, White is a school chemistry teacher diagnosed with stage 3 cancer, who resorts to cooking and selling meth as a way to pay for his medical treatment in America.

While the police reportedly are looking for Barrick regarding meth possession, a Breaking Bad feature movie premiere date of 11 October is getting closer, and we are suspicious.