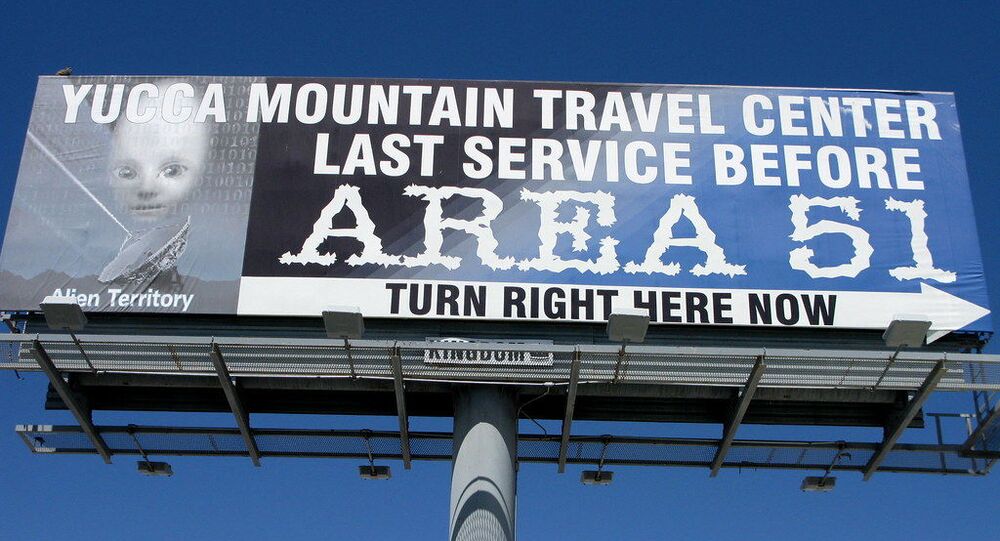 The notorious 'Storm Area 51' events - split into a desert festival dubbed 'Alienstock' in Rachel, Nevada, and a 'Storm Area 51 Basecamp' event in Hiko, Nevada - have been canceled after organizers raised concerns over the safety and comfort of visitors.

"The Rachel event was backed by Matty Roberts, the creator of the viral Facebook post and by event organizer Frank DiMaggio. They expected a crowd of up to 50,000 for the event. A large group of Rachel residents was opposed to the event, mostly concerned about the safety of visitors and local residents. Our concerns were amplified by the lack of communication from the Little A'Le'Inn, the local bar organizing the event in Rachel", the statement on the official website of the Rachel village said.

According to officials in the small desert village, the creators of the viral event cited the same concerns. In particular, "security for the visitors, lack of transparency on the side of the Little A'Le'Inn and a lack of infrastructure in Rachel. Instead they support the Area 51 Celebration in downtown Las Vegas where the needed infrastructure already exists".

Officials said that those who wish to visit may be disappointed as there is now no chance that famous acts will perform at the event after the creators pulled out.

Rachel authorities also warn potential UFO hunters against staying overnight near any residences in the town.

"If you still choose to visit that weekend stay away from the residential part of Rachel. Local landowners will step up to protect their property. The nearby military installation will be guarded by Air Force security, the Lincoln County Sheriffs Department and by several Federal Agencies. Anyone trespassing in the restricted zone around Area 51 will be arrested", the statement said.

The owner of Las Vegas Adventure Tours and operator of GetYourGuide's Area 51 tour also canceled all trips into the Nevada desert from 19 September to 22, citing concerns that things could "get difficult", Fox News reported.

"We have to think first of the safety of their customers [...] I don't think putting a customer in that kind of situation is a safe choice", Tryon, who has been running the Area 51 tour for over 18 years, said, cited by Fox News.

Tyron also stressed that "storming Area 51, I think, isn't a good idea. They take that whole place seriously", adding that those staying in Las Vegas can't get back and forth on one tank of fuel if they plan on attempting to make the trek on their own.

"Getting caught in the desert isn't a good thing [...] You can dehydrate and end up with serious issues", Tyron told Fox News.

After years of US officials refusing to acknowledge Area 51, the CIA released declassified documents in 2013 referring to the 8,000-square mile (20,700-sq. kilometer) installation by name and locating it on the map near the alkaline flat of Groom Lake.

The base has reportedly been a testing ground for a host of top-secret aircraft, including the U-2 in the 1950s and the B-2 stealth bomber.

Representatives of Nellis Air Force Base have said in a statement that the Air Force is aware of the Facebook prank and warned that "any attempt to illegally access the area is highly discouraged".

The "Storm Area 51" prank was originally slated for 20 September, 03:00 a.m. local time. Local hotels and residences reported that they were booked solid, and there were no rooms left, forcing participants to attempt to camp out of doors or travel for increasing distances to arrive onsite at the appointed hour.