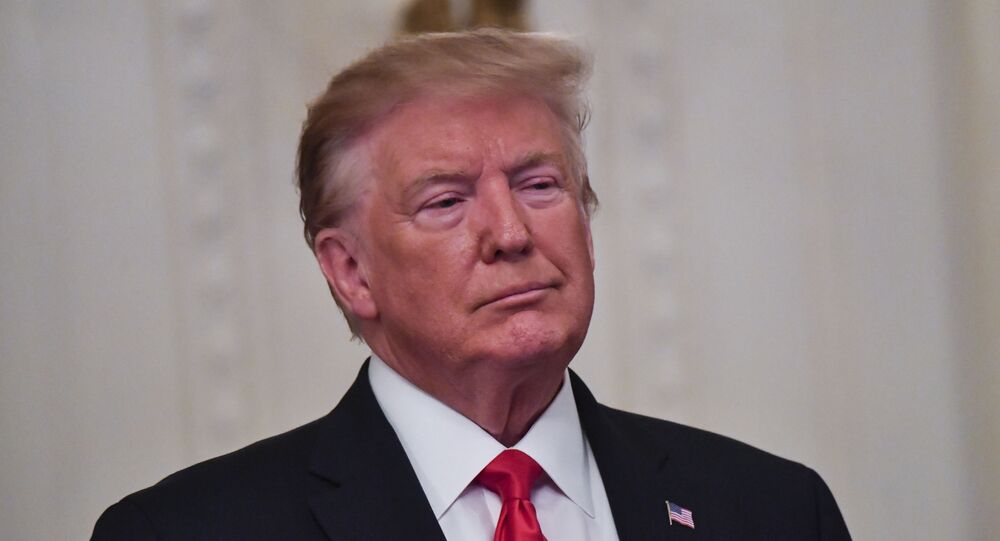 Donald Trump used the opportunity of a presidential campaign rally in Fayetteville, North Carolina that was held on 9 September to comment on his full head of hair, by saying that he wanted to show his supporters that his hair was “real” and was “better” than those of most of his friends.

The remark came as the president was explaining why the rally that was originally meant to be held at the Fayetteville Regional Airport had been moved to the Crown Expo Centre, following bad weather forecasts and the need to increase the size of the venue.

“I was even willing to stand out in the rain and get my hair soaking wet but they said it was a little bit out of your district. But I was willing to do it. I would’ve taken it. I would’ve been very proud to have done it. It would have shown it’s my real hair at least", said Trump while addressing the crowd.

“It’s my hair", the US president continued. “May not be great, but I will say it’s better than most of my friends who are the same age".

Netizens could not miss the opportunity to come up with a bunch of new or nearly-forgotten memes featuring Trump’s hair in different variations. Some also argued that US hairstylists would apparently be “forbidden” from disagreeing with him.

Like everything about trump, his hair is a bad illusion pic.twitter.com/3upxFzFWAL

Hairstylist of america were forbidden from contradicting him

when the glue works pic.twitter.com/NqNpKi7kbK

​Some users, however, picked on Trump for misrepresenting information, noting that some of the US president’s counterparts, such as Joe Biden had better hair, and also argued that in reality the US president had no friends.

I think Biden has better hair. That should get him mad. Start spreading the word.

He has no friends.

Didnt anyone tell him he doesn’t have any friends? TELL HIM!

It was not the first time Trump’s trademark hairstyle has been in the centre of attention. The US president famously joked in October last year that he had to call off an event following a mass shooting at a synagogue in Pittsburgh due to “a bad hair day”, thus provoking a strong reaction from the public who criticised the president for choosing to cancel the event due to an unfortunate hairstyle rather than paying attention to the anti-Semitic massacre.

“At least you know it's mine", he said at that time pointing at his coiffure. “And I said 'Maybe, I should cancel this arrangement because I have a bad hair day'. And the bad news, somebody said it actually looks better than it usually does".

The rally in North Carolina gathered more than 5,000 supporters and was held ahead of a special election in the 9th Congressional District and featured a prolonged discussion on the US economy and falling unemployment rates, with the participation rate for women in the workforce being at the highest level in 15 years, according to the US president.