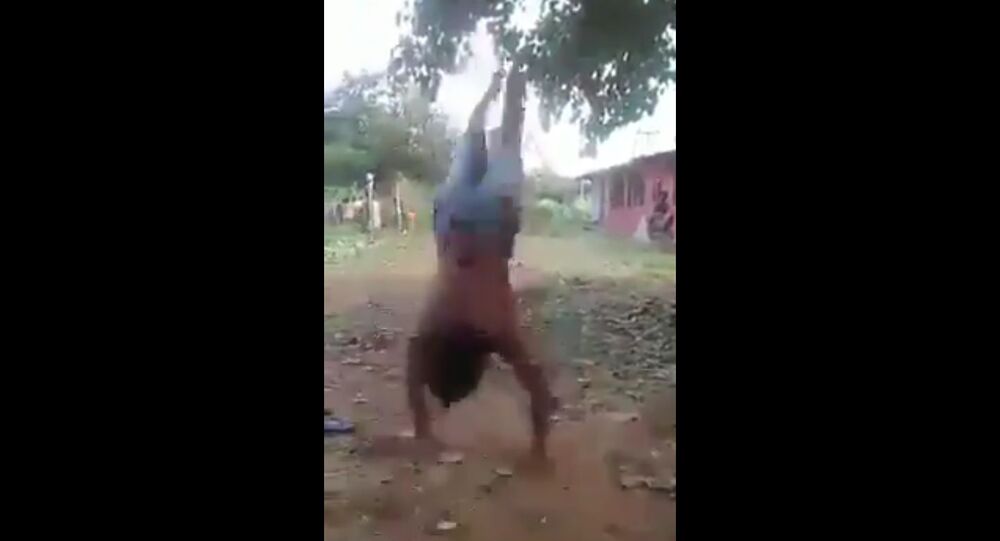 New Delhi (Sputnik): A video of an Indian youngster performing dozens of somersaults in an open area has left many netizens amazed. Many of them feel he’s what it takes to represent the country as a professional gymnast.

A 24-second video clip of him shows the youngster within a fraction of second performing dozens of back somersaults, like some sort of a spinning machine. More importantly, he does it without any safety gear or even shoes.

Amazing! 30 Somersaults at a time! There is no dearth of talent in our country only the need a chance n blessing of people. @KirenRijiju @YASMinistry pic.twitter.com/8umbKZESk4

Such has been the impact of this video clip that it has gone viral, drawing nearly 86,000 views and over 3,700 retweets in less than 24 hours of being posted on 10 September.

Some netizens have appealed to Indian Sports Minister Kiren Rijiju to nurture the talented boy to represent the country as a professional gymnast and bring laurels to the country.

Amazing! 30 Somersaults at a time! There is no dearth of talent in our country only the need a chance n blessing of people. @KirenRijiju @YASMinistry pic.twitter.com/8umbKZESk4

I dont understand, in spite of having such a tremendous talent why India is not getting double digit in Olympic medal tally. We are wasting talents here. Now its a high time to recognize them. @KirenRijiju @YASMinistry Please help

​The video has also sparked a social media debate with many discussing how India has so many talented youngsters in different parts of the country without them being noticed by the authorities.

Identify young boys & girls in age groups of 10-15 yrs from rural & remote areas, give proper training & nutrition for 5 yrs in Sports academies, allow them to participate in national & international events to carve out a name for themselves & the country.

These guys should be promoted to take gymnastic sport seriously...govt should intervene support and promote such talents..

Yes ,very true...In India,There is always an upliftment for rich,religion, reservation,etc but not for talent and brain.Classifying either with money, religion,cast,rationalism. Never classified people only based on talent in our Nation

Earlier, Jashika Khan and Mohd Eizazuddin, two kids had left Twitter abuzz after their video of impromptu somersaults on way to school went viral on social media. The video was also hailed by Nadia Comaneci, a former gymnast and five-time Olympic gold medalist from Romania.

Indian Sports Minister Rijiju had also praised the kids and helped them to enroll for full-time training in a gymnastics academy.