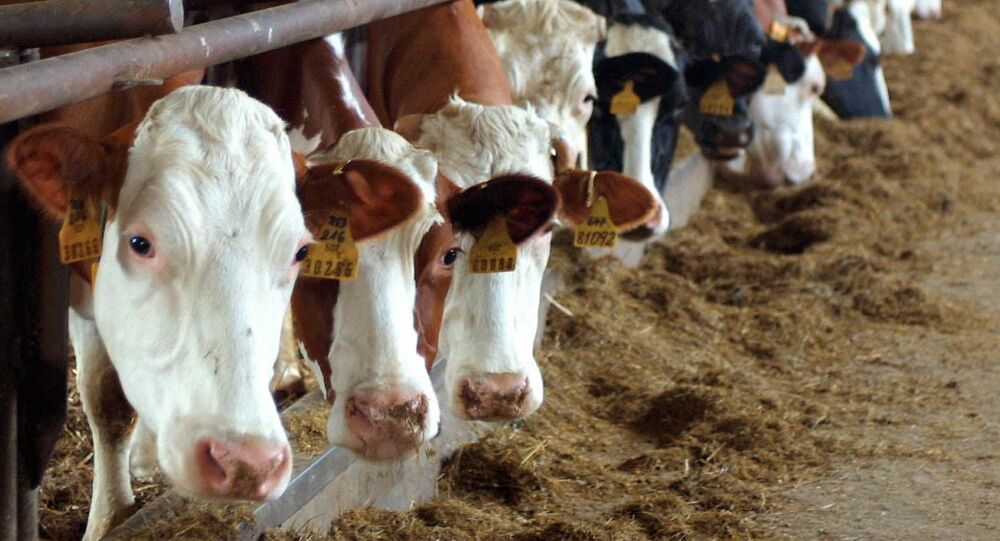 The animal was born unable to sustain its existence and died shortly, but not before a video was taken, which some might find disturbing.

A calf with what appears to be a rare mutation was filmed in Argentine province of Santa Fe. The video uploaded online shows a baby calf born with deformed skull, missing a nose and with its eyes situated in the front. Because of this deformity, its head appears to resemble a grumpy human face.

According to The Daily Star report, the animal only lived for a couple of hours. On the video, it can be seen unable to hold its own head up.

It is not known whether the owner took the deformed animal to a genetics specialist for study.

The idea that the malformed face is a genetic mutation is supported by Genetics expert Nicolas Magnago.

According to Magnago, “It was a spontaneous mutation caused by the action of mutagens, physical, chemical or biological agents, which altered its genetic sequencing."

In July, The Daily Star reported an “influx” of mutant creatures born in different corners of the world. It is unsubstantiated as to whether there is a connection between the events.

A Mother’s Love: Cow Calls Human to Rescue Her Calf

Moose on the Loose: Little Calf Struggles in Stream