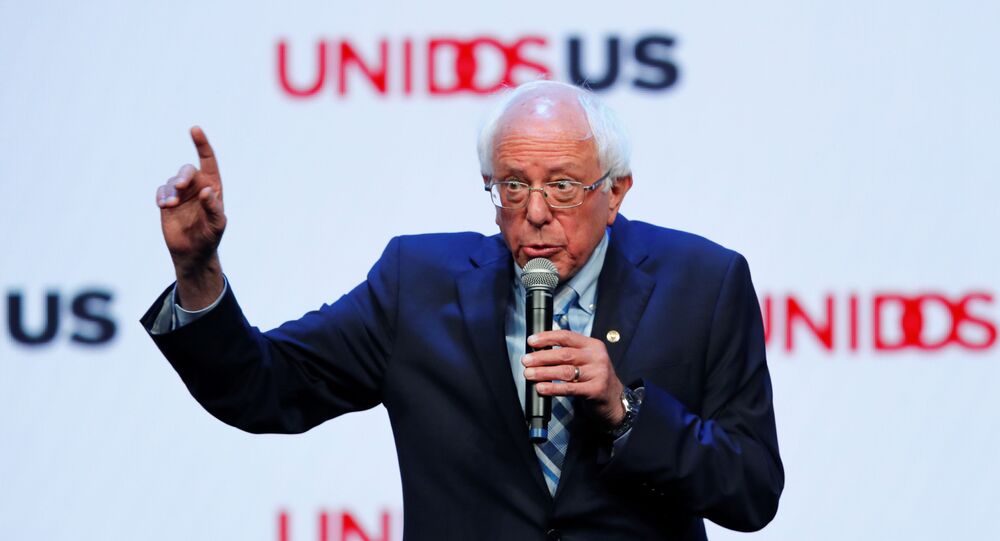 Democratic Senator and 2020 presidential candidate Bernie Sanders had almost started to answer a question from the audience, when the high-pitched sound of a crying baby interrupted him. The senator apparently didn't like the noise and asked to "keep 'that' down a bit", pointing in the direction of the crying infant.

The awkward moment has been captured on video and widely shared on social media platforms.

Socialist Bernie Sanders snaps at infant.
Tells crying baby, “Can we keep *that* down a bit?” pic.twitter.com/bestpMpuTT

Twitter users promptly reacted to the video, sharing their thoughts on the matter.

Off with its head! pic.twitter.com/kM49Lz7SVM

US Senator Bernie Sanders, 77, has served as the junior United States senator from Vermont since 2007. Having served as Vermont's at-large congressman from 1991 to 2007, he is the longest-serving Independent in US congressional history. In February, Sanders, who finished as runner-up behind Hillary Clinton in the 2016 Democratic primaries, announced his plans to enter the 2020 presidential race.